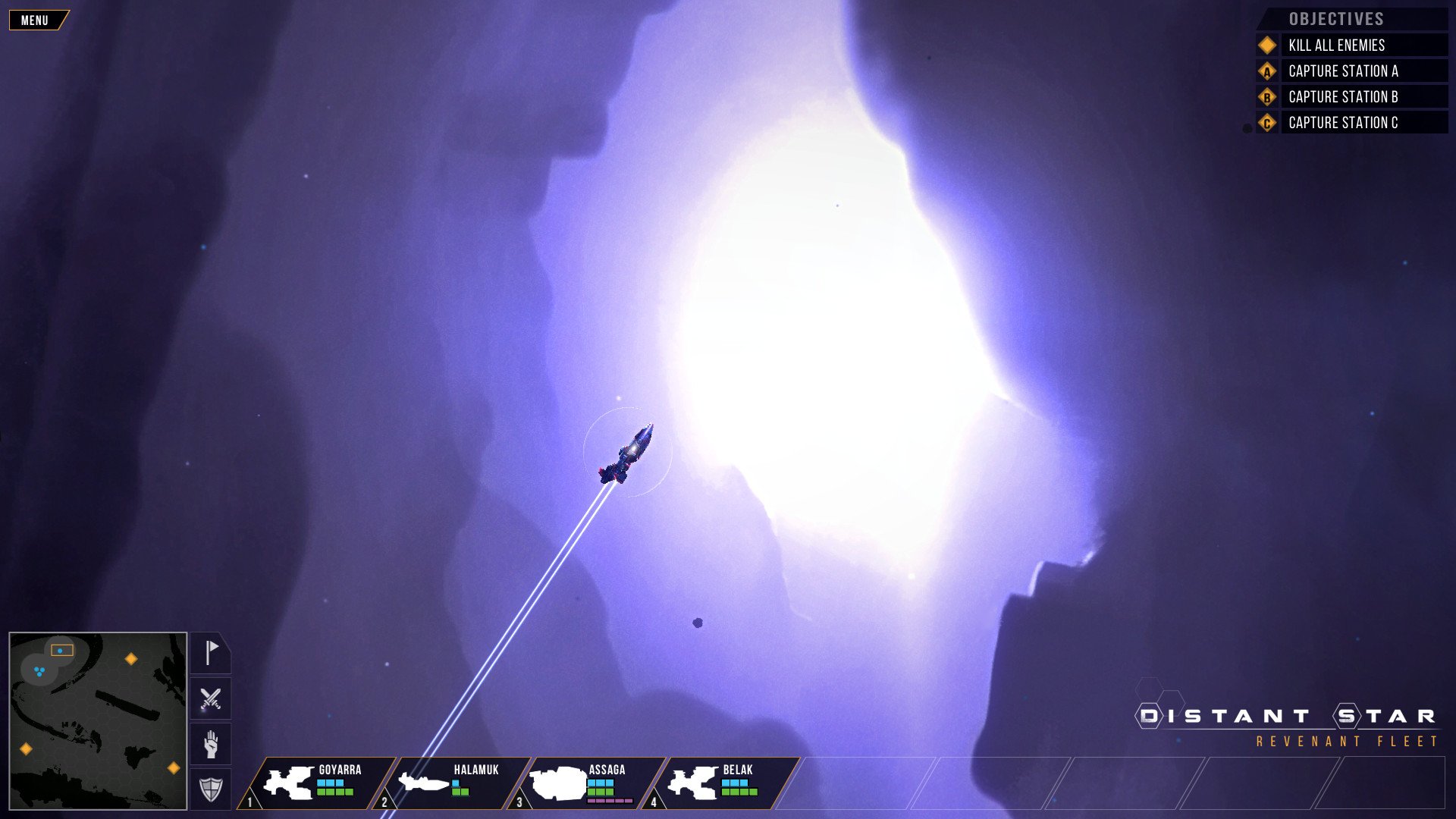 Distant Star manages to be Greenlit in a mere 13 days.

Distant Star: Revenant Fleet launched its Alpha access on November 12, with the game available on Itch.io, and due to be released on Desura on December 1. Initial response from customers was quite good, with SpaceGameJunkie.com covering it in a video preview and even adding it to their 2014 Holiday Buying Guide. SGS noted that the game has “exceptional real-time strategy style combat.”

Distant Star: Revenant Fleet received its very first content update this week, with a number of bug fixes and improvements implemented. In addition, Blazing Griffin added brand new weapons to the title, and have several more content updates planned for 2014.

Some may be a bit disappointed to hear that the initial release date of December 1 has been pushed back, however. As of now, the game is currently scheduled to launch fully sometime in Q1 2015.