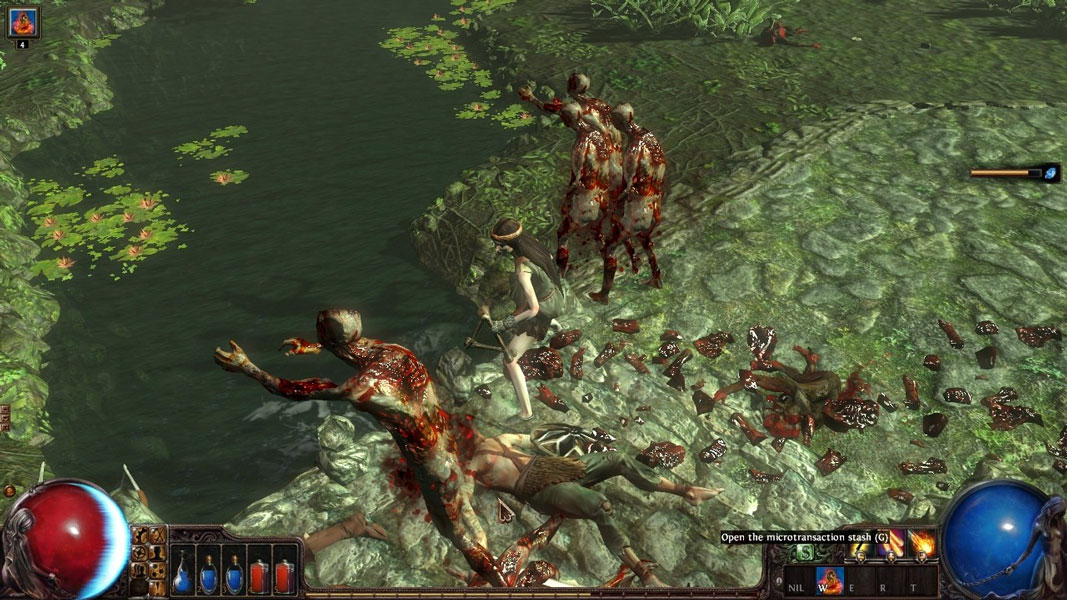 Grinding Gear Games, the developer of the award-winning action RPG Path of Exile, announced the upcoming Content update 1.3.0. This will be a player-versus-player-centric content update currently scheduled to release on December 12 as a free update.

This update will bring several new enhancements to Path of Exile, with a heavy focus on improving Path of Exile’s PvP elements. Some of the new additions and improvements include new Torment and Bloodlines Challenge Leagues, a new PvP-focused Forsaken Master, and competitive PvP tournaments complete with regular Seasons. Players will also be able to look forward to PvP-only characters, new gems, Unique items, a massive update to the Passive Skill Tree, and more.

Here’s a synopsis of several of the features, as provided by the developers:

December’s 1.3.0 Content Update marks the start of two new Challenge Leagues, providing players with an opportunity to demonstrate their mastery of Path of Exile. Torment and Bloodlines both have unique properties that set them apart from normal play:

*Torment:   In Torment, the standard Challenge League, players are haunted by the spirits of tormented criminals that yield their ill-gotten gains when slain. Eager to protect their trove, spirits flee when encountered, imbuing nearby monsters with dangerous powers and   improving their item drops. It’s possible for spirits to possess rare and unique enemies, greatly increasing their threat and potential
value to treasure-seeking exiles. Grinding Gear Games will release a video showcasing Torment in the near future.

*Bloodlines: In Bloodlines, the hardcore Challenge League, each pack of magic monsters has a shared Bloodlines mod that greatly influences combat — sometimes while the pack is still alive, and sometimes after it has been killed. Where Nemesis involved rare monsters gaining an additional power, Bloodlines revolves around groups of monsters with synergistic powers. Varied strategy is needed for approaching the different Bloodlines, as they have a wide array of effects, such as constructing an Animated Guardian piece-by-piece as each monster is killed or becoming immortal in the near proximity of their slain brethren. View Bloodlines in action on Grinding Gear Games’ YouTube channel: https://www.youtube.com/watch?v=dzjQ5Hc91k

Leo Redmane, Master of the Arena

Like the other masters, Leo offers a hideout (in the Gardens tileset) with his own decorations and PvP crafting options. His daily missions all involve playing PvP, with rewards for completing different objectives. Unlike other masters, Leo doesn't take up a slot in the player's hideout. Players can have him in addition to their regular set of masters.

* Free-for-all tournaments take place in the Sarn Arena. They’re a massive brawl  where players get one point per player kill. Upon death, players are sent to a new arena to continue the massacre.

* Blitz tournaments are a series of rapid-fire duels where players are quickly matched against a new opponent as soon as the last round finishes. The goal is to get as  many victories as possible within the time limit.

* Swiss tournaments are highly competitive tournaments that match players with similar records against each other. They’re run in regimented matches with seven fights to a match and provide the most competitive structure of the three tournaments on offer.

Competing in tournaments awards players with points that accumulate towards Alternate Art Unique Item prizes. PvP Tournaments are grouped into Seasons that consist of a month of themed events. Weekdays contain free-for-all and blitz events, while the weekends have larger tournaments with Swiss pairings and awesome prizes from Grinding Gear Games’ sponsors. Top players are invited to a special event at the end of the season so that they can battle for more prestige and prizes.

Dueling with level 28 characters is very popular within the Path of Exile community — so much so that it will run as the primary event type in Path of Exile’s first PvP season. Because the fun of PvP is in creating builds, perfecting items, and destroying opponents, Path of Exile will include the option to create a blank level 28 character that is only able to play PvP matches. These PvP-only characters won’t
impact regular gameplay, but will allow players to shortcut the process of trying out level 28 PvP builds and creating characters for tournaments. Players will still need to acquire their equipment in the core PvE game.

Hundreds of Other Improvements

This update isn’t entirely about the new Challenge Leagues and PvP. Grinding Gear Games has massively changed the Passive Skill Tree, added more gems and unique items, and have made a myriad of small improvements to Path of Exile across the board.