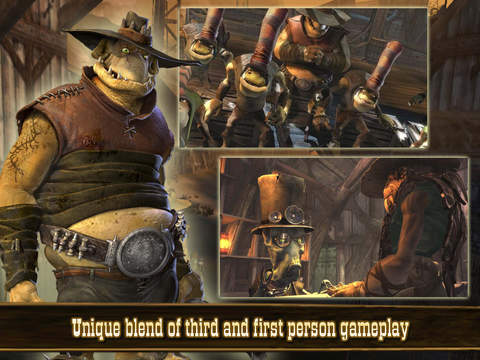 Oddworld: Stranger’s Wrath has been released on iOS devices today (iPhone & iPad) at the modest price of £3.99, with an Android version coming soon for everyone who doesn’t own either iOS devices. Stranger’s Wrath is a remake of the original Xbox game, which now can be played on touch screen devices, thanks to the new button mapping.

You need to have at least an iPhone 4S, iPad 2, iPad Mini or iPod Touch 5th gen — or you can just wait for the Android version. Either way, this is one of the game you can’t miss.