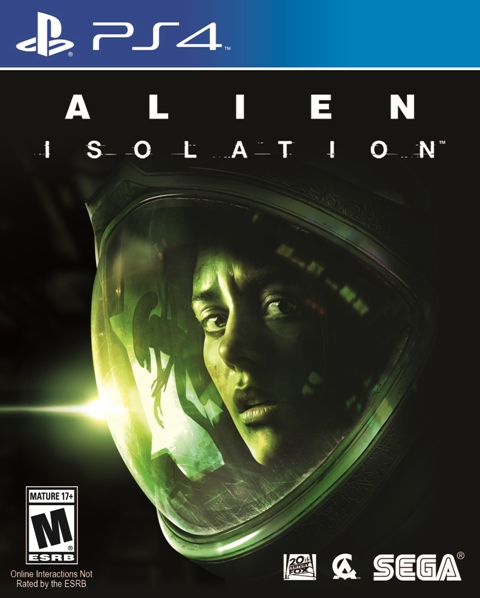 Initially, I was skeptical when Sega announced Alien: Isolation. The sting of Aliens: Colonial Marines was still fresh. The idea of video games based on licensed material or classic movies is not a concept I dislike. In fact, in the rare instances that movie-based game or licensed titles are done well, the experiences can be amazing. Just take a look at Spider-Man 2. For a more recent example, see Middle-earth: Shadow of Mordor. However, Aliens: Colonial Marines was a complete and utter debacle. The behind-closed-doors demo that was shown at the Electronic Entertainment Expo in 2012 was actually quite impressive. I was definitely intrigued and wanted to see more of the game. The game was being developed by Gearbox Software, the folks behind Borderlands. It seemed that perhaps, Colonial Marines had finally gotten it right; a game that both captured the essence of what made Aliens such a classic film, coupled with great gameplay. Unfortunately, it was not meant to be. The game was a mess, and the final product did not resemble the exciting demo that was previewed at E3. Therefore, while the footage I had seen thus far for Alien: Isolation looked impressive, I still went into the game with a healthy amount of skepticism. That said, the results were incredibly satisfying.

Alien: Isolation is in no way a first-person shooter game. The game is a fully immersive first-person survival horror game. With Alien: Isolation, developer Creative Assembly did a wonderful job creating a first-person survival horror experience that is both terrifying and downright visceral. The game plays like an interesting extension of the Alien franchise. Isolation is like a spiritual sequel to Ridley Scott’s classic 1979 Alien film in game form. The interesting thing about the experience is that rather than just depicting a similar story, it literally puts you into the shoes of a survivor character from the Alien films. In the game, you play as Amanda Ripley, daughter of classic Alien heroine, Ellen Ripley. The specter of Ellen Ripley continually haunts Amanda, who is an adult mechanic and engineer at the start of the game. A representative of Weyland-Yutani, aka The Company, informs Amanda that the lost flight recorder of her mother’s lost ship, the Nostromo, was salvaged. The flight recorder currently sits aboard the orbital space station called the Sevastopol. Despite initial reluctance, Amanda is not willing to ignore a chance to gain closure for her mother’s death. So, she joins a small crew to rendezvous with the Sevastopol. Unfortunately, the Sevastopol found something else: A primal, vicious  and almost unkillable alien xenomorph has infected the station. In short order, a simple rendezvous and exchange mission becomes an intense fight for survival for Amanda Ripley. 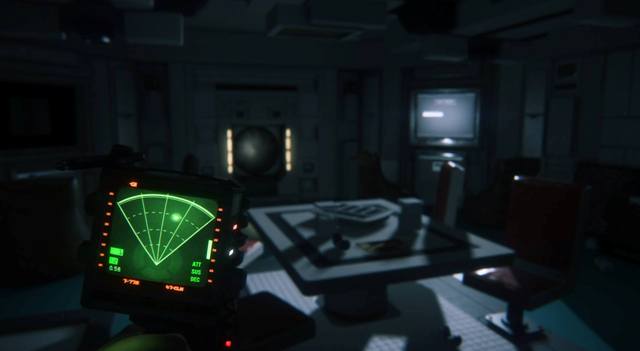 Some of my favorite elements of the Dead Space franchise entail delivery of a style evocative of the best parts of the Alien franchise; but the games are ingenious because the stories allow players to step into the active role of a character in the story. In Alien, you are terrified for the lives of the characters and what lurks around the corners. However, the video game experience can take that a step further. By playing a character stuck in a horrible situation, the games make you feel an almost more aggressive, active form of terror. The players are controlling and enabling the actions of a character. In a movie, viewers operate with the safety of sitting back and watching the action. In Alien: Isolation, the player cannot passively watch events unfold. The player, as Ripley, must essentially become the character and fight for her life–and by proxy, the player’s life.

The environment design for the game is excellent. Creative Assembly essentially recreated the production design and look of the future that was depicted in the 1979 film. That means the technology in the game is comparable to what was seen in the first Alien. Remember how in Prometheus, a prequel to the original Alien film, featured technology that looked way more advanced and high-tech than Alien? Well, the developers of Creative Assembly basically date the look of the game. The technology of the space stations and ships looks like a vision of the way sci-fi appeared from the time period in which the classic Alien films were released. The Sevastopol is a meticulously designed labyrinth. The gadgets, like Ripley’s Motion Tracker, have simple designs with low-tech screens and digital displays. The unique design style is maintained throughout the game and gives the world more flavor. It makes Alien: Isolation feel more like a more authentic follow-up to the Alien franchise. 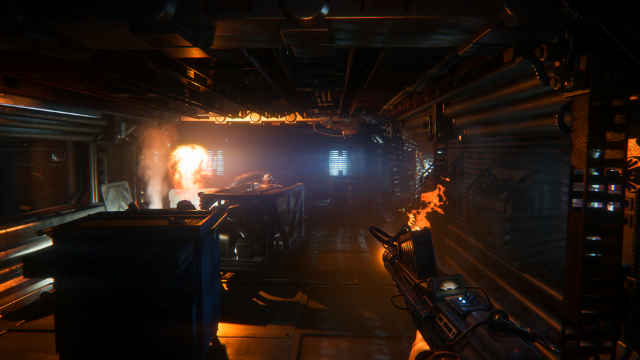 The single-player campaign strongly builds its narrative. Ripley does not encounter the xenomorph right off the bat. The game builds up to that moment in an emotional high point. Throughout the rest of the game, Ripley must deal with the human survivors aboard the station, who have resorted to near anarchy out of fear, and the game’s version of synthetic androids, dubbed Working Joes. I will tell you, the Working Joes are almost as terrifying as the xenomorph creature. The Joes are a more low-tech version of the synthetics from the films. They have basic, plastic faces. Their brutal behavior belies their innocuous words. I was constantly on edge in the presence of the Working Joes.

In terms of gameplay, Alien: Isolation is no walk in the park. I was constantly ducking, hiding and checking my Motion Tracker. The xenomorph creature in the game has a dynamic AI. So, you cannot always anticipate where the creature will show up or how it might find you. I have seen some criticisms of the game’s difficulty; but honestly, I believe that element should be celebrated. Some video games have become too dumbed down. There are games that constantly hold players’ hands and provide lots of shortcuts. Alien: Isolation tests your gumption a bit more. The game does not have autosaves. I do not mind this at all. Many of my favorite games never had autosaves. I see the lack of autosaves as a strong point of the game. It raises the stakes of the gameplay. As I progressed, I became more stressed out and on edge in wanting to find a save point. That is the way players should feel with a survival horror game. 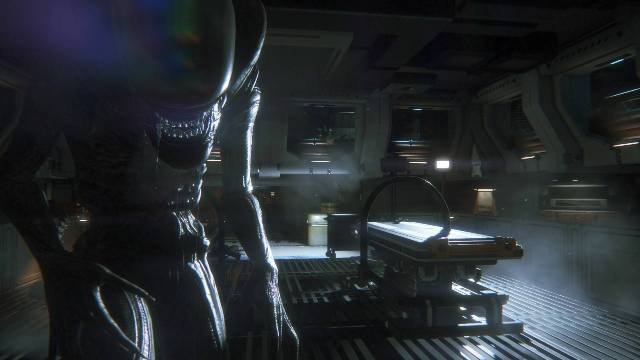 In addition to the tremendous environments, the game looks great on the PS4. Graphics and designs appear strong. I did not notice any major issues with slowdowns or loss of framerate. The controls are fairly responsive. I liked the crafting system for the game. The crafting system is another element that reminds me of Dead Space. Ripley has to salvage resources and craft items, rather than just find a grenade launcher to unload on a xenomorph, which has become a much more threatening menace than ever before.

The game features great writing, vocal performances and dialogue. Later on, the story features two interesting and very impressive surprises. Amanda Ripley may not be Ellen Ripley, but the game does a good job of getting across the sheer terror of the situation in which she finds herself. Other supporting characters come off like real characters–from a random survivor Amanda encounters named Axel, to the captain of the Torrens, Verlaine. The characters do not come off like cookie-cutter characters. The characters are not stereotypical. They are human beings who have been forced into a horrendous cat-and-mouse game. For a number of hours, the game almost makes the player feel what the characters people could be feeling. In that regard, Alien: Isolation is a strong success.