Destiny: Breakdown and Hopes for The Dark Below DLC 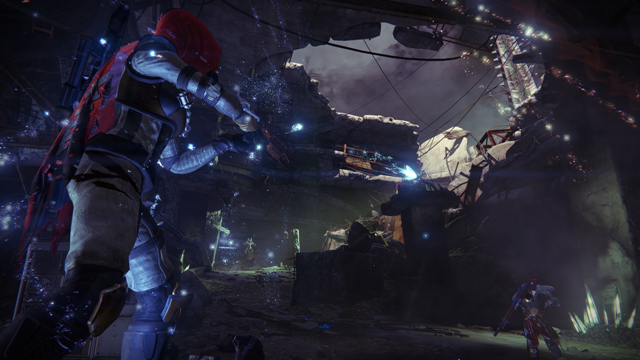 Bungie recently revealed the full details of the first upcoming downloadable content expansion for Destiny, The Dark Below, set to launch in December. Despite much mixed reaction following the game’s gigantic launch, the game has been an undeniable success for Activision. However, the game has received a great deal of vocal criticism from the fan community. During an appearance on the Guardian radio podcast, Bungie community manager David “Deej” Dague claimed that The Dark Below DLC would incorporate fan feedback, promising that Bungie is “taking action on how the game can be stronger.” It remains to be seen exactly what Bungie has learned and what type of fan feedback is implemented for The Dark Below. So, I want to take a comprehensive look at what is in store for the expansion, along with improvements I would like to see in certain elements of the gameplay.

In a recent Bungie Weekly Update, Deej provides a comprehensive overview of what will be available in The Dark Below. The Dark Below expansion focuses on the alien faction known as the Hive, the vicious undead species the Guardians encountered on Earth and he Moon. The expansion includes three new story missions, a new ally in Eris, a new Strike and a new Raid. PlayStation users will have access to a timed exclusive second Strike, titled The Undying Mind. According to Deej, Eris is the main narrator for the story missions for The Dark Below. She will be situated at the Tower in the City like the other NPC characters and will provide the Guardians with the story missions, bounties and a new storytelling feature called Quests. The Quests are multi-task missions which will yield rewards like the Exotic Bounties; and the Quests may be completed by focusing only on the story content.

I hope the Quests are more doable than some of the Exotic Bounties. I am not against the idea of Exotic Bounties, but some of the Exotic ones require a lot of work, like completing 25 strikes. In addition, I hope the Quests provide a worthy reward system, such as high-quality items like Ascendant Energy and Ascendant Shards. The reward system for Destiny has left a lot to be desired, and most of the time it is completely random. It would be nice to get some rewards if I opt to attempt a Quest.

The Dark Below story missions, Strikes and Raids are focused on the Hive aliens summoning their God, Crota. In an earlier Story mission, the Guardians were able to infiltrate the Temple of Crota. The game’s story is problematic in that there is not much of one. Starting with The Dark Below, I would really appreciate it if Bungie could offer better explanations of factions such as the Hive, through Eris. Eris is a character who comes with the warning about the Hive and Crota. She obviously has a great deal of knowledge of the Hive. Apparently, hive minions draw their power from the Darkness. Since Eris possesses all the knowledge about the Hive, it would be helpful to get some clarification about what the Hive are and their connection to the Darkness.

I do not know if the Expansion will have additional establishing cut scenes to show what has happened since the last story mission from the game’s launch. I want to know exactly what destroying the “Heart of the Darkness” in the Black Garden accomplished. Dialogue suggested that this would be a crippling blow to the Darkness and the benevolent Traveler would come back to life. Well, has the Traveler come back to life? Is it speaking to the Keeper again? Does the Traveler actually love, and want to protect, humanity? Explanation is necessary. One could argue that the Traveler itself could in fact be the Darkness or a harbinger of doom. All I really want is for the expansion to broaden the world and story without making me read Grimoire cards and some clarification about the races and key figures of the game’s story.

The Light Level cap for the Guardians will be raised to Level 32 with the expansion. Currently, I am struggling to get beyond Lvl 28. Once I finish upgrading my armor, I should be well into Lvl 29, but I will not have enough Light to make it to Lvl 30. Apparently, The Dark Below DLC will feature new armor to help upgrade your character past Lvl 30. That is good, but I definitely need those items right now. In addition, the expansion includes five additional Bounty slots for the Guardian. Bounties are a great way to quickly upgrade weapons and raise XP, so it is great that the expansion is adding additional bounty slots. That means, players can rattle off 10 bounties at the same time instead of just five.

In terms of gameplay, in addition to an improved and less random reward system, I would like to see less nerfing of weapons and less fixing of the short cuts in Raids. What is wrong with knocking Atheon over a ledge? If players can figure out other ways to approach a Raid or a Raid enemy, that is not necessarily an error that has to be fixed. In addition, I would really appreciate matchmaking for Raids, Weekly Heroic Strikes and the Weekly Nightfall Strikes. I understand the stance of not wanting matchmaking for the Raids. However Bungie has previously acknowledged that they are considering the issue. Right now, it is simply too hard to schedule time to get six people to play together on a Raid. There is no reason there cannot be some type of matchmaking for the Weekly Strikes.

The new Raid will pit the Guardians against Crota and will take place in the depths of the Hellmouth on the Moon. On the Moon, the Hellmouth looks like the last place even a Guardian would want to traverse. I hope the new Raid reflects that.

The Dark Below expansion will be available across PS4, PS3, Xbox One, and Xbox 360 on December 9.