With From Software‘s successful release of their Crown of the Ivory King downloadable content now behind them, some have speculated that Team B may have a few more DLCs for Dark Souls 2 up their sleeve.

SteamDB.info is a tool that helps give better insight into the applications and packages that Steam has in its database. They are not affiliated with Valve but they have become a valuable resource over the years for programmers and curious people like you and I who want to know a little more about Valves back-end.

Just yesterday on SteamDB several hardcore fans noticed Dark Souls 2 had a curiously titled update to their database (image below). Titled ‘Test DLC4’, this update could very well be the package that prepares the game, or some locations in the game like in previous DLCs for yet another upcoming Downloadable Content package. And as the title suggests this might be another full blown retail DS2 DLC. 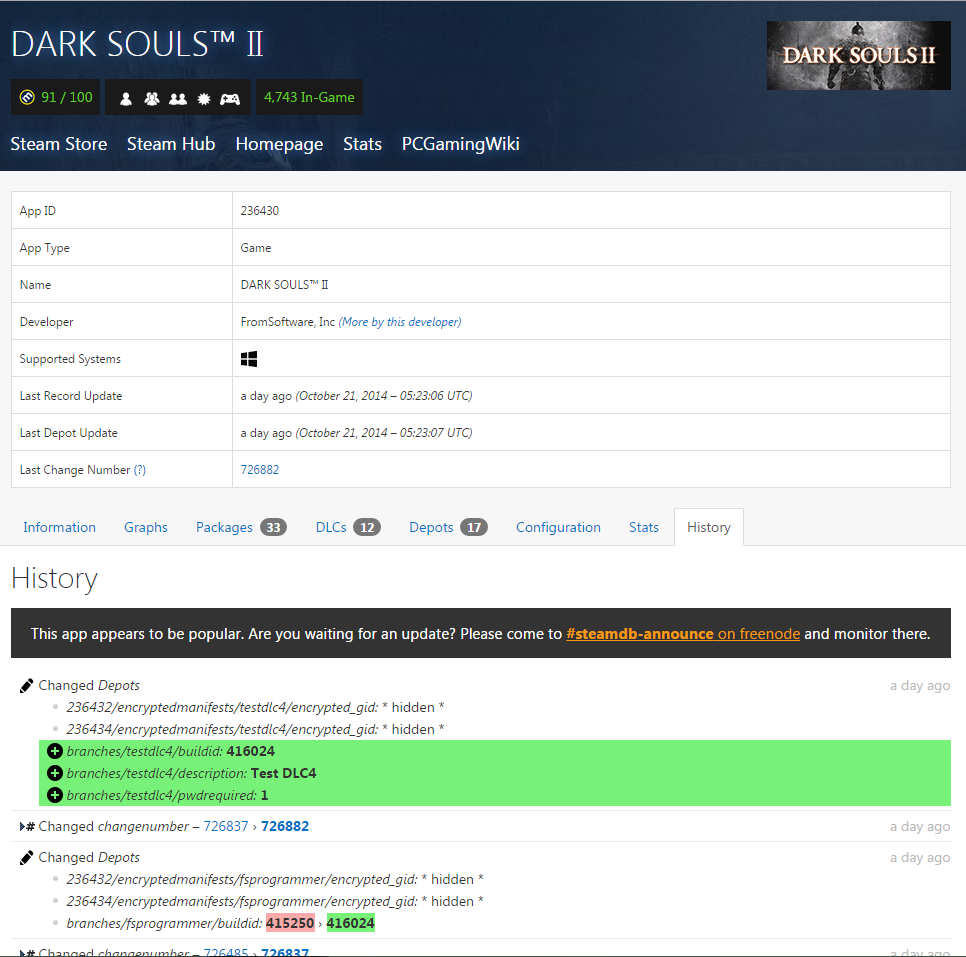 Click the image or this link to view the page yourself if you’re feeling a bit skeptical.

Still nothing has been confirmed from From Software and this may just be a clever way for them to start generating a little bit of buzz or an intern screw up, who knows.

Dark Souls fans are gearing up for the much anticipated February release of Bloodborne on the PS4 but what better way to fill the wait time than with another DS2 DLC… or two?