7 Things I’d Change About The Wii U

After what may be the rockiest console launch in history, the Wii U is finally starting to gain some traction.  Mario Kart 8’s effect on the console has been nothing short of remarkable, and has shown that there might be light yet at the end of the tunnel.  While I love my Wii U, there is still a ton of work that must be done for the system.   Here are seven changes that I think can help the Wii U become a turnaround story. As a brief note, I’m not going to mention true unified account systems.  Nintendo should definitely do that, and they are working towards it, but so much has been said on the topic that I have nothing to add.

As humans, we like rewards.  Even meaningless rewards like gold stars and virtual trophies are enough to make people jump through hoops.  Achievements have been a part of the success of Microsoft and Sony.  While I don’t think Nintendo should simply copy their rivals, I would love Nintendo to create a unique take on the achievement system. In my mind, such a system would be an extension of what Nintendo does with Club Nintendo.  Achievements in games would be rewarded with coins.  Each game would have up to 100 unlockable coins, simlar to XBox Live’s 1000 Gamer Points.  The key difference here is that coins would be able to be redeemed for digital content, including Virtual Console games, DLC, or even speacial Amiibos for the truly devoted.  I wouldn’t expect the payoff to be much, but offering 2 or 3 bucks worth of DLC for 100% completion of a game would hardly break the bank for Nintendo and would encourage customer loyalty. 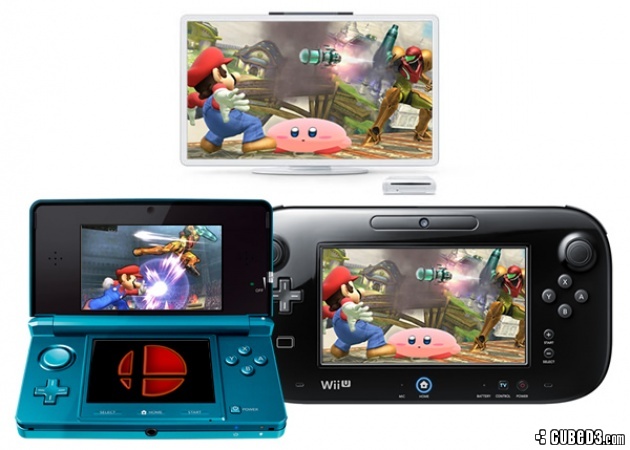 Nintendo can often be a bizarre company at times.  Back in the Gamecube days, they introduced a GBA to Gamecube connection cable.  This was an amazing idea that was too cumbersome to work in practice.  Naturally, with the DS and the Wii each selling like hotcakes and each sporting wireless capabilities, Nintendo would revive the idea.  Right?  Wrong. Nintendo should frankly be embarrassed that Sony is so far ahead of them in terms of connectivity between their handhelds and their consoles. Nintendo promised us from the beginning that we would be able to use multiple Gamepads for certain games.  At this point, convincing Wii U owners to drop 75-100 bucks on a second Gamepad seems like a longshot at best.  Allowing gamers to substitute the 3DS for a second Gamepad would open up new possibilities.  Four Swords-style games on the Wii U?  Yes please.

3.  More Touch And Motion Based Games

Here’s a suggestion that will surely irk many self proclaimed “hardcore” gamers. They love their controllers and hate change, but touch controls can offer new and interesting ways to play games.  When you think of touch controlled games, you’re probably thinking of Angry Birds or Where’s My Water.  When I think of touch controlled games, I’m thinking of The World Ends With You, Kirby Canvas Curse, Kid Icarus Uprising, Bowser’s Inside Story, and GTA Chinatown Wars.  The DS showed that touch controls can make even “hardcore” experiences better, so why not utilize that functionality on the Wii U? Perhaps more importantly, touch controls would eliminate some of the barriers that prevent newer gamers from playing the Wii U.  The Wii and DS succeeded because they allowed new players to enjoy gaming without needing to manage two joysticks and 8 buttons.  With the Wii U and its focus on more traditional gameplay, Nintendo has taken a big step back in this regard. Between the Gamepad’s touch screen, its traditional button layout, and Wiimote compatibility, the Wii U could offer new control schemes for hardcore and casual games.  Hopefully, Nintendo can take more advantage of these capabilities in the future.

Nintendo certainly hasn’t been shy about using their past catalog to their advantage.  This makes it surprising that, aside from Wind Waker HD, Nintendo has been reluctant to exploit their Gamecube catalog. I’m not advocating more full priced HD remakes, but some more Gamecube games on virtual console would be nice.  And, since many Gamecube games featured exceptional multiplayer modes, I would be absolutely ecstatic if Nintendo added a way to enjoy these modes online.  I’m sure people would drop 20 bucks for an online enabled version of Smash Bros. Melee or Mario Kart Double Dash.  No reason to stop there either.  Nintendo could also offer online enabled versions of other classic games like Goldeneye on the N64.

Miiverse is a unique spin on the community features offered by Nintendo’s rivals.  The strictly moderated nature of the network makes for a more friendly, if slightly Orwellian, environment than that found on XBox Live, and hand-drawn messages allow you to add more personality.  Nintendo needs to take more advantage of this network. Ideally, Miiverse should be more like a message board, and less like a giant Facebook wall.  Gamers need to be easily able to precisely locate topic they’re interested in without sifting through hundreds of posts of drivel.  It needs to be easier to find posts about a part of a game you’re stuck on, or to find a place to discuss an awesome boss battle.  You should also be able to use Miiverse to challenge the guy who just beat you to grudge match in Smash, or send a picture of your first place finish to the girl you just powerslid past in Mario Kart 8. Nintendo was on the right track when they thought to create their own social network specifically for Nintendo gamers.  If used right, this network can create a uniquely Nintendo multiplayer community while making even solitary experiences seem social.  Miiverse still has a long way to go to deliver on its promise.

DLC doesn’t have to be a dirty word.  There has been plenty of worthless DLC used to separate fools and their money, but there has also been DLC that genuinely adds to an experience.  One example is Nintendo’s Super Luigi U DLC, which added 80 something levels of gameplay to New Super Mario Bros U for a very reasonable 20 dollars.  Compared to other companies, Nintendo has been pretty reluctant to dip their toes in the DLC pool. Nintendo debuted a Wind Waker Bundle for the Wii U, and hardware sales rose. Nintendo released a Mario Kart 8 bundle and hardware sales surged.  These limited edition bundles have allowed Nintendo to capitalize on big releases.  It’s puzzling that Nintendo hasn’t done more of them. Wii Fit U seemed like a prime candidate for a hardware bundle.  A $380 bundle with a Wii U, Wii Fit, Balance Board and a Wii Remote could have been attractive to lapsed Wii fans (assuming Nintendo decided to market the damn game).  The fact that Nintendo chose not to capitalize on nostalgia with a Wii Sports Club Bundle is bizarre.  Such bundles would help identify the Wii U as a clear successor to the Wii. On the flip side, Nintendo could also add some bundles geared towards the hardcore.  A Bayonetta 2 bundle with a pro contoller could be tempting to fans of the franchise.  A Smash Bros U Bundle seems like a no brainer.  Nintendo needs to be far more aggressive with their marketing, and new bundles every few months would be a way to ensure a steady stream of hype.   So those are some changes I’d like to see Nintendo for the Wii U.  I’m sure you have your own suggestions, so feel free to leave comments.