With people now being able to create their own versions of the 2048 puzzle game, the internet and mobile markets are flooded with all kind of crazy and interesting spin-offs. So it would be a shame if some of these fun alternatives wouldn’t be promoted so here’s the (first) top three 2048 versions of the week:

Ever wanted to play 2048 with someone and see each other’s moves at the same time? Now you can, with the multiplayer version of the game. Just click on “find competitor” and you’ll be given a match in no-time! 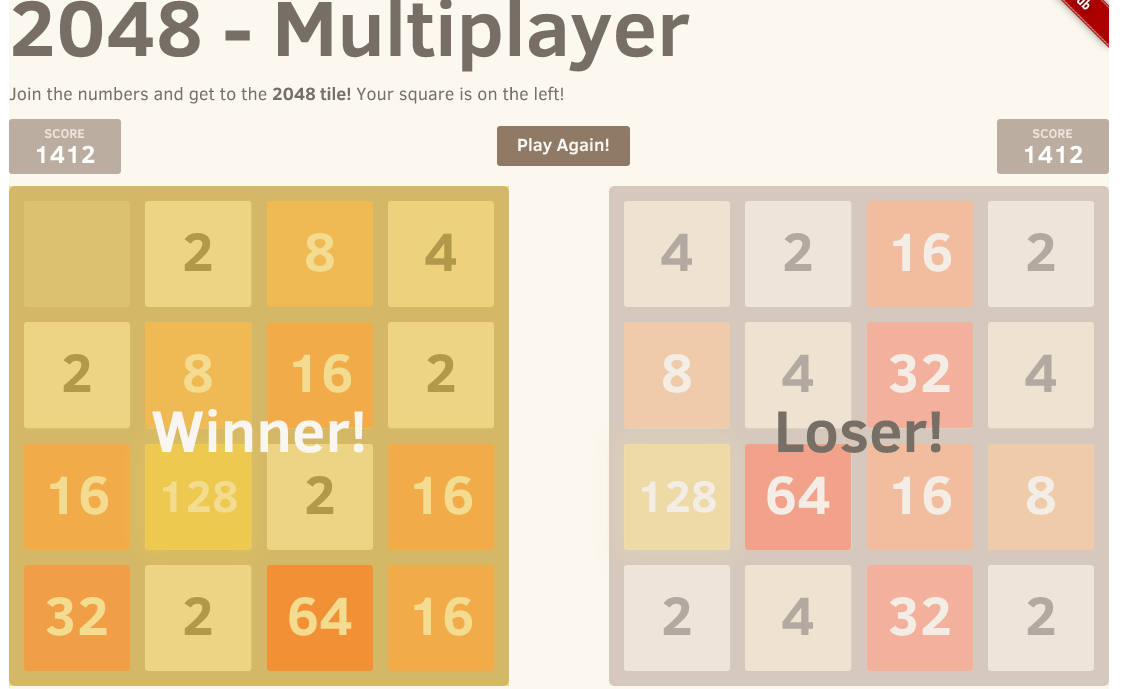 Maybe some of you still find the game too difficult to beat it or to achieve a good score. Fear not as this version features hints and even a bot who completes the game for you! Let’s face it, squares are boring. Four sides, four angles, all the same. So if you’re sick of this dull geometrical form, why not try the hexagonal version of the game? It features six directions instead of four and in order to beat it, you need to get to the 16384 tile. It’s almost double the fun! So there you have it! The top three versions of this week. Play them and have fun trying to beat them.