Soon after the 3DS launch, I glanced disappointingly towards the dust covered 3DS sitting on my desk.  I wanted desperately to enjoy the system that I paid 250 dollars for, but the games weren’t there.  How many times could I play the same missions in Pilot Wings?  How many rounds of Street Fighter IV could I play?

Fast forward to about 3 years later and the 3DS has taken up about 90% of my gaming time.  The combination of portability, an awesome library, limited free time, and a long commute has made the 3DS my gaming system of choice.  The 3DS will be turning 3 in a few short weeks, so now seems like a good time to list my 10 favorite games for the little portable that could.

As with any top ten list, this simply reflects the view of the author (me) and is not meant to be a universally accepted list.  I have yet to play every 3DS game. Most notably I haven’t played A Link Between Worlds.  Remakes and eShop only titles are not included in this list.

The gaming industry is still clinging tightly to the idea that games have to be about beating waves of enemies and traversing obstacles.  With few exceptions, few large developers are willing to develop games that stray too far out of the established norms.  Phoenix Wright is one of the few series that bucks this trend and offers something completely unique; a lawyer simulation.

Phoenix Wright has charmed gamers for years with clever dialogue and bizarre but ultimately compelling stories.  Perhaps most importantly, Phoenix Wright features rounded characters with complex motivations who grow and change throughout the story.  Phoenix Wright has more dynamic characters in its latest entry than most franchises will produce over their total lifespan.  Phoenix Wright: Dual Destinies is a wonderful evolution of the point and click adventure genre and a worthy entry to the 3DS library.  While the title was an eShop title in the US, it was a retail release in Japan.

Resident Evil Revelations is a testament to how efficient developers have become at porting their graphics engine.  Resident Evil Revelations runs on a modified version of Capcom’s MT framework, and the game looks far better than it has any right to on the somewhat limited 3DS hardware.  Revelations also happens to be the best Resident Evil game in recent memory.  Capcom wisely struck a balance between the slow paced exploration of early Resident Evil games and the action heavy Resident Evils of modern times.  The game focuses mostly on exploring the Queen Zenobia, finding items, and fighting zombies in limited encounters, but it throws in enough high octane action scenes to spice things up.  The result is a game that pleases long term fans without alienating those of us with itchy trigger fingers. 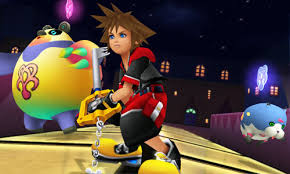 Square seems intent on producing as many spin offs as possible for the Kingdom Hearts franchise before launching Kingdom Hearts 3.  Thankfully, the awkwardly named Dream Drop Distance offered fans a fun diversion while they waited for Sora’s saga to continue in earnest.

Unlike other spin offs which retread old ground or explored the saga’s backstory, Dream Drop Distance serves as a bridge between Kingdom Hearts 2 and Kingdom Hearts 3.  The game effectively progresses the Kingdom Hearts story for the first time in a decade, and it features an engaging battle system based off of the PSP title Birth By Sleep.  As with all titles in the franchise, production values are top notch.  If you weren’t a fan of the previous entries of the Kingdom Hearts franchise, triple D won’t change your mind, but it’s a strong entry in the series that sacrifices nothing for portability.

However hard I try, I can’t describe why I love Animal Crossing.  By all laws of logic, the cutesy style, repetitive nature, and aimlessness should combine for a boring game.  For reasons I still can’t fathom, I spent months obsessively collecting bells, trying to improve my HHA score, sending letters to animals, and trying to collect Nintendo memorabilia.  I still have no idea why, but the desire for a larger imaginary house still gnaws at my soul. 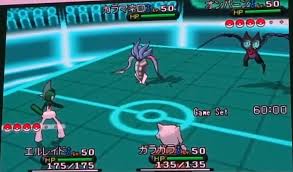 Remember when we thought Pokemon was a fad?  Fifteen years and four handhelds later, the franchise Pikachu built is still going strong.  Pokemon X and Y follow the same basic formula the franchise has been built on, but introduces changes both minor and major to balance gameplay and make online play more accessible.  The new fairy type helps to balance the power of dragon Pokemon, weather has been rebalanced, and moves have been altered.  Mega Evolutions add a new twist to gameplay while new Pokemon shake things up.

More important than the changes to the Pokemon forumula is what has stayed the same.  Pokemon still offers one of the deepest and most replayable RPG experiences you can find.  If you want to dive into the world of Pokemon, you can easily spend dozens of hours building a stable of Pokemon, and dozens more testing their mettle against your fellow trainers.  If you’ve somehow made the mistake of dismissing Pokemon as child’s play for all of these years, you owe it to yourself to dive into one of the richest metagames you can find. 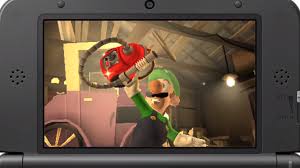 Dark Moon is one of those wonderful games that can’t be mashed put neatly into any single genre.  The only game remotely similar to Luigi’s Mansion: Dark Moon is the original Luigi’s Mansion, but even that can’t claim to offer the same experience.  Dark Moon offers compelling and fleshed out puzzles, highly refined combat, continually creative uses the game’s core mechanics, gameplay tailored to a portable experience, and surprisingly awesome boss battles.  On top of that, it offers a ton of replay value which includes a surprisingly robust multiplayer mode.  Dark Moon fulfills the potential of its predecessor and them some.  This is one of the most unique experiences to be had on the 3DS or anywhere else.

The 3DS is certainly not at a loss for great RPGs, but few evoke the kind of nostalgia that Bravely Default does.  Bravely Default is unapologetic in its old school sensibilities.  Random battles with unseen foes?  Check.  Turn based battle system?  Check.  A high fantasy setting?  Check.  Destroyed village?  Check.  All of the proper RPG boxes are ticked.

In lesser hands, Bravely Default could have been a reminder of why traditional RPGs have died out.  Instead, it serves as a reminder of why we loved these games in the first place.  Bravely Default shows that there is still plenty of innovation to be had within the confines of turn based battle systems by introducing an innovative battle mechanic that lets you store turns for later use.  This system combines with a charming story that embraces JRPG cliches, takes a few very interesting risks, and makes incredibly creative use of Street and Spot Pass.  If you’re one of those people who have lamented the changes in modern Final Fantasy games, then you owe it to yourself to look past the silly name and play Bravely Default. 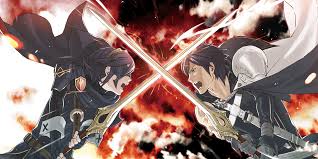 Trying to decide the placement of three excellent RPGs on this list was a tough task.  Pokemon X, Bravely Default, and Fire Emblem Awakening, represent the best of monster collecting, classical, and strategy RPGs.  In the end, Fire Emblem wins the battle of the RPGs.  Fire Emblem Awakening took the long established Fire Emblem franchise and polished it until it sparkled.  The production values of Fire Emblem are off the charts for a 3DS game, its gameplay is addictive and brutally challenging, and it features a wonderful cast of lovable characters.  The game’s varying difficulty levels add accessibility to the franchise, and the child bearing mechanics combine with Street Pass to add a level of replayability not found in previous Fire Emblem games.  Fire Emblem Awakening provides a great experience for fans of the franchise while also offering a great starting points for those yet to try the previously niche series.

The Super Mario formula has evolved in two different directions over the years.  The 2D “New” Super Mario formula is simplistic pick up and play fun can be rarely demanding anything more than a straight shot to a flagpole.  Super Mario 64, Sunshine, and Galaxy have provided more innovation while focusing allowing for more exploration and focusing on the simple joy or Mario’s acrobatics.  Super Mario 3D Land successfully bridges the gaps between those two experiences.

Super Mario 3D Land takes the simple format and structure of Mario’s 2D adventures and extrapolates them into the third dimension.  Mario’s options are scaled back, and his objective is never more complicated than finding the end of level flag.  In this way, Mario 3D Land is more similar to New Super Mario Bros than it is to Super Mario 64.  However, Super Mario 3D Land uses the 3D level design to inject a heaping dose of originality and innovation that has been sorely lacking in Mario’s 2D adventures.  With extra space and an extra dimension to work with, 3D Land creates an experience with enough simplicity to engage newcomers and enough innovation and brilliant level design to surprise and delight long time fans.  3D Land is one of Mario’s best adventures to date, and just one notch short of my favorite 3DS game.

It’s strange that the industry will constantly complain about the lack of originality in gaming, and then spurn anything that dares to deviate from the norm.  Kid Icarus Uprising is a game that refused to settle for the conventional in any aspect.  It’s almost impossible to adequately describe what Kid Icarus Uprising is like to the uninitiated because there is no game quite like Uprising.

Kid Icarus Uprising bucks tradition at every turn.  While most developers would have settled for a God of War style heavy/light attack affair, Kid Icarus Uprising has its own set of twitch based touchscreen mechanics unlike anything in the industry.  Instead of the standard Easy/Normal/Hard mode, Kid Icarus introduces a gambling based difficulty selection where you risk currency to increase the difficulty in hopes of better rewards.  Instead of unlocking a few different weapons throughout the game, Uprising offers dozens of weapons and an RPG style fusion system.  Instead of the typical simplistic Nintendo story, Uprising goes for a comedic approach while deftly bending the fourth wall with often hilarious pun filled running commentary.  Instead of distinct single player and multiplayer modes, Uprising links the two experiences and allows them to feed into one another.

At every step of the way, Kid Icarus Uprising forges its own identity.  This naturally comes with a learning curve that ironically has scared off many people who complain about the homogenization of gaming.  Those willing to try something new will find what, in my opinion, is the best game on the 3DS and one of the best games made in the past several years.

Well, after three years on the market, those are my favorite games on the 3DS.  Of course, I haven’t gotten to play each and every 3DS game, and my opinions are only the opinion of one man.  What have you enjoyed the most on your 3DS so far?  Let me know in the comments section.