So, yeah… I wrote this in April of 2013… Preemptive I Told You So: WIi U To Outsell PS4 And XBox 720 This Holiday Season

Ugh.  So… you know how analysts like Michael Pachter will make a bold and very wrong prediction, and then just whistle and look to the side when they’re called on it?  Well, I get that feeling.  I’d be pretty happy to let the article I wrote earlier this year fade into oblivion.  However, seeing as how I would have been a huge jack*** about it if I had actually been correct, it’s time to face the music.  I was wrong.  Really wrong.  Unbelievably wrong really.  How much of this is because I’m simply bad at predicting and how much of it is because of unforeseen circumstance?

My Predictions For The Xbox One 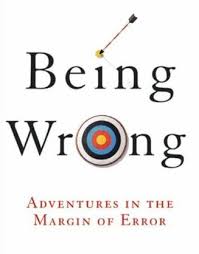 While my bold Wii U predictions might have you believing otherwise, I’m not a complete and total idiot.  Here is what I had to say about the XBox One’s sales potential.

“Prediction: I think the 720 should do a bit better than the 360 did. Xbox is a more established brand, gaming is a bigger market, and gaming companies have become a lot more efficient at building hype and a pre-order culture. I’m going to be incredibly optimistic and predict sales of 3.3 million units between the 720 launch (presumably in mid November) and the end of the year. This would be about 2 million more than the 360 sold at launch, about a million more than the Wii U, and about 1 million more than the PS3.”

I was pretty bullish on the XBox 720’s potential, and I was pretty bang on with my prediction.  I expected 3.3 million sales between launch and the end of the year, and the XBox 720 ended the year with 3.1 million units according to VGChartz estimates.  I overshot the figure a tiny bit, but I was within 200K units.  Considering the range of error for VGChartz’s figures, that’s about as close as one could reasonably be.  So, that makes me feel slightly better.

My reasons for thinking the 720 would do well had little to do with optimism for the console itself or its software and more to do with the effectiveness with which companies build hype these days.  In other words, I thought Microsoft could build hype for whatever product they wound up launching.  In this regard, I was pretty correct.  Despite numerous faux pas and a disastrous public debut, the XBox One was still able to sell a ton of units when it launched.

My Predictions For The PS4

I was correct in my prediction that the PS4 would be more successful than the XBox One by a reasonable amount, but most people seemed to share in that belief.  At the time, I said;

I wasn’t as close with the PS4 as I was with the XBox One.  I thought my prediction of 3.8 million was pretty lofty, but Sony actually sold about 4.2 million.  Overally, I was pretty close on my guesses, but I misjudged the ratio between the XBox One and the PS4.

So, my expectations for both new systems were pretty reasonable.  Then, my sin was not being a deluded troll, but an overoptimistic fanboy.  Why did the Wii U fall so short of my (and Nintendo’s for that matter) expectations?

What Went Wrong For The Wii U?

I predicted the Wii U would sell over 4 million units this holiday season.  The Wii U sold about 1.5 million units.  So, where did I err in my predictions?  Basically, I thought Nintendo would have far more titles ready for the Wii U this year than it wound up having.  To pull a few quotes.

“Nintendo looks like it is planning to use the one two punch of Mario Kart and 3D Mario that they used to resuscitate the 3DS. Mario Kart is one of the biggest franchises in gaming.”

“While it hasn’t been officially announced, Bayonetta 2 should arrive by the year’s end, and it will drag a good amount of kicking and screaming devoted fans with it.”

“It’s unclear whether or not Monolith’s new RPG will be released this year, but there is a reasonable chance it will. It has been about three years since the last game released in Japan.”

I had erroneously believed that the titles Nintendo had shown off in January of last year would mostly be coming to the Wii U in 2013.  In particular, I was pretty sure that Mario Kart 8 would be on the Wii U in 2013 based on the success Mario Kart 7 and Super Mario 3D Land had in turning the 3DS’s fortunes around.  Wii Fit U was confirmed for 2013 at the time, and while the digital version did release in time for the holidays, the physical version did not.   Nintendo also made the baffling decision of not marketing the game very much.

Bayonetta and X both missed out on 2013, but that may have been for the best.  Bayonetta 2 and X probably would have gotten drowned out by the next generation hype.  Nintendo was probably better off waiting on those two titles and releasing them while the XBone and PS4 have software lulls of their own.

I also overestimated some of the software Nintendo did release.  I thought that Wonderful 101 and Game and Wario would be “modest successes”. Even with the loosest definition of the term “modest success” neither of these games qualify.  Moreover, I thought Wii Party U would be a bigger success story.  Even bundled with a controller, Wii Party hasn’t quite taken off as I expected largely due to the lack of other titles like Wii Fit U to support it.  Wii Party was a title people bought to supplement their existing catalog but not necessarily a system seller.

Sorry Mario, But Your Games Are In Another Castle

That’s really the story of the Wii U so far.  Nintendo really doesn’t have a whole lot of compelling software for the Wii U.  Super Mario 3D World is one of the best games this year, but that’s the only real system selling software for the Wii U.  Games like Pikmin 3 and Wonderful 101 are great quirky little titles, but hardly the games you’d count on to move hardware.  As pretty as Wind Waker is, a remake of a ten year old game, no matter how pretty, is not going to turn things around.  The Wii U at this point is selling mainly on the strength of its two Mario titles.  The fact that the Wii U is even selling at its current rate is a testament to Mario’s enduring popularity.

Would things have changed if the titles I expected had been released?  Maybe.  The Wii U would still likely have fallen short of the PS4’s figures, but it could have slipped ahead of the XBox One.  Wii Fit U could have been a system seller with a holiday bundle and a good advertising campaign while Mario Kart typically has been significantly more popular than Mario’s 3D adventures.

Titles like Bayonetta 2, Yarn Yoshi, or X wouldn’t have necessarily been huge sellers during the holiday, but if Nintendo could have pushed these titles out during the summer and early fall, they could have gotten the Wii U some much needed positive buzz.  As it is, the Wii U limped into the holidays fighting off a wave of negative momentum.

With all that said, the Wii U still was have been nearly 2 million shy of passing the XBox One, and about 2.8 million away from the PS4, so it’s unlikely I would have been right even if the titles I mentioned made it home in time for Christmas.  Back in April I thought the Wii U sales would simply pick up when software was released.  While this is still true to an extent, it’s clear that Nintendo needs more than that to stay relevant in the upcoming generation.  The Wii U needs a complete marketing reboot centered around novel titles that make good use of the Wii U Gamepad.  Without this, the Wii U will remain a B player at best.

But the bottom line in all of this is that my prediction was wildly and hilariously wrong.  I predicted the Wii U would outsell its rivals between November and December and it wound up not even outselling them with a 10 and a half month head start.  So, feel free to mock me as you see fit.  If you wish to mock me directly, I’ll only respond to comments directly on this page.  I’m sure that there are still a lot of bad predictions to be made in my future (and hopefully some good ones as well), but at least I’ve learned to be a bit less of an ass when delivering them.