Got Game Truth Machine: The iPhone Is the Best Thing To Happen To The Handheld Market Since Pokemon You may not be aware of this, but the dedicated handheld market is doomed. The market has been killed by the iPhone. With its free (sorta) games, its mass popularity, and the fact that everyone needs a phone, the 3DS and Vita can’t hope to compete. The iPhone market has long ago surpassed the traditional handheld market, and in recent months, Google Play has also become bigger than the 3DS. Naturally, this has prompted many people to declare doom to the handheld market (because we in the gaming media love talking about how doomed things are). Of course, it’s not really true, or at least it doesn’t have to be. The iPhone just may be the best thing to ever happen to the handheld gaming market.

The Smart Phone Market Will Not Eliminate The 3DS Market

The Smart Phone market is very different from the 3DS market. To see Angry Birds levels of success, or anything close, you have to follow certain rules. Your game can’t be too expensive, and more importantly, it can’t be too complex. Simplicity is the key to success in the iPhone store. Here’s a quote from World of Goo Developer 2D Boy, demonstrating what I mean.

“We playtested World of Goo extensively on six year olds, parents, grandmothers, and random people at coffee shops who either don’t play games or actively avoid playing them, so we know that the game is intuitive and self explanatory.  We’ve also never received this type of complaint for either the PC or Wii version. What we neglected to consider is that the iOS audience might be looking for a different kind of fast-fun entertainment, where punishment for failure, no matter how slight, is not an option, and no matter how badly you play the game you always feel you have a reasonable chance of success.”

(For an excellent article on the iOS market from a developer’s perspective, check out this interview with 2D Boy. The article is dated, but it’s one of the more in depth looks at the iOS marketplace in such a condensed format.)

Many smart phone gamers are incidental gamers. They didn’t buy a device with any intention of playing a game on it, but somehow someway they wound up gaming. Smartphones also lack buttons without the purchase of an add on which will not be universally supported. In addition, it is hard to get a game noticed on the App Store or Google Play Store without being in the top apps or being a featured by Apple or Google.  Even as smart phone hardware improves, it will be hard for more traditional games to succeed on the iPhone based on the nature of the market.

In contrast, many games on the 3DS are on the complicated side. One of the most popular portable franchises is Pokemon, one of the deeper experiences you’ll find on a portable console or any other. Over in the East, Monster Hunter has been incredibly successful, and Monster Hunter is certainly not a simple game. Franchises like Zelda have performed very well on the 3DS. Games like Mario and Luigi: Bowser’s Inside Story, Fire Emblem Awakening, and even games like Mario Kart are significantly more complex than most games that sell well on the iPhone.  In addition, the more devoted crowd in the handheld market is more likely to seek out obscure games beyond the top 10 apps.

So, how does the iOS market help dedicated handhelds? To see how, look at the home console market. The Wii opened the home console market up to new audiences who had never played video games before. Some of these gamers dipped their toes into the gaming pool and soon left. Some stayed loyal to Nintendo. Some of them really enjoyed gaming and started looking towards other consoles.

Spurred by the success of Nintendo, Sony and Microsoft unveiled their own motion control products. While Sony’s effort was met with modest (to be generous) success, the Kinect became a hit and allowed Microsoft to tap into Nintendo’s market, although Mirosoft didn’t have enough software to really keep those gamers interested.  The Kinect still looks to be a major part of Microsoft’s console strategy going forward.

The Wii acted as a bridge between non gaming and gaming on a 360. To the non-gamer, the XBox 360 was an strange machine and console gaming was nothing but violence and hooker killing. The Wii put a friendly face on gaming, and offered an intuitive control scheme. To the gamer who already played a Wii, the XBox 360 was no longer a mysterious device. It was a game console, like the Wii.

How To Convert The Cult Of Apple? As for how to convert smart phone gamers into hand held gamers, that’s a difficult proposition. Nintendo is actually on the right path with the 2DS. While the device isn’t as sleek as it should be, the price is right. At $130, the 2DS is getting into impulse buy territory. The Vita has an opportunity here as well. Sony’s handhelds have always been rather cool looking, and if Sony can create a smaller and cheaper model of the Vita, it may be more appealing to an older hipper crowd than the 2DS.

Game price also has to be addressed and this may mean adopting more free to play style games. While I dread the day that Professor Oak asks if I want to pay $5 for a Master Ball, episodic models for games like Phoenix Wright certainly could work. As long as a full version of a game is always offered for $40 (give or take ten dollars as the case may be), gamers are never asked to pay to progress in a game, and gamers are never asked to spend more than $40-$50 on a particular game, F2P models or episodic models can work on the Vita or 3DS.

As reluctant as Nintendo has been to put any software of theirs on smart phones, they have to find a way to advertise to smart phone gamers in their natural habitat. This does not mean creating Pokemon Z for the iOS, but demos of titles like Nintendogs or Brain Age may be a possibility. At the very least, Nintendo would be wise to do extensive advertising within iOS gaming.

The largest problem to address in the effort to appeal to smartphone gamers is the public perception of handhelds. Playing Candy Crush Saga on a train? Fine. Playing Fire Emblem Awakening on a train? Not fine. There is a negative perception of handheld gaming devices being either a sign of childishness, or a sign of serious addiction. Part of this perception is due to the way companies (especially Nintendo) have marketed their products over the years.

To really explain why the perception of the handheld market is the way it is would be a whole other article, but mainly this is a problem that is partially about design and partially about marketing. Since Nintendo loves to introduce new models for their DS systems, I’d love to see the original 3DS replaced with a sleeker and more attractive model at the 2DS price point. Moreover, Nintendo (and Sony) need a new marketing message. Nintendo and Sony have to stress the idea that gaming is gaming on a 3DS, a Vita, or an iPhone.  The 3DS has to be presented as an extension of what smart phone gamers already do rather than a foreign concept. 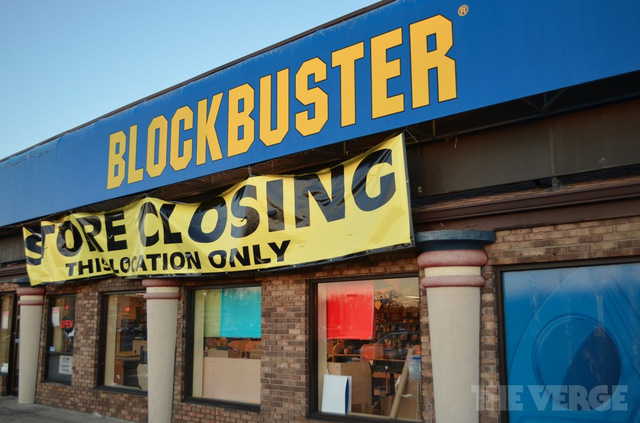 The technology market is changing all the time. There are those companies that try to fight the tides of change wind up like Blockbuster. On the other hand, companies that can predict and adapt to change wind up making a fortune. Music started being distributed digitally, Apple made the iPod and iTunes, and the rest is history.

The portable market is at a crossroads in its history. Smart phone gaming is here to stay, and it’s only getting bigger. If Nintendo cannot adapt to this change, then they are going to go the way of Sega. Not now, not in five years, and maybe not in ten years, but eventually, it will happen. However, if Nintendo (and Sony or anyone else with the infrastructure and vision) can take advantage of the fact that Apple and Google are turning everyone into gamers, we can be on the verge of a tremendous explosion in the popularity of handheld gaming. If Nintendo and Sony play their cards right, the iPhone could be the greatest thing to happen to the handheld market since Pokemon.