The Last of Us Multiplayer Gameplay Leaked

For all you fans who are excited for The Last of Us, prepare to get even more hyped as a huge multiplayer leak happened today and there’s tons of details you’ll want to get acquainted with.

As with the singleplayer content, multiplayer is going to be all about survival in a post-apocalyptic environment. You’ll join clans in order to stay alive and you’ll face other players who are also trying to get by in this crazy, mixed up world. Gathering supplies and keeping your allies alive will be every single bit as important as keeping yourself alive will. Sometimes you’ll have to make the hard choice between staying safe by yourself or risking death to revive a team mate.

You need supplies to help bolster the Clan you select when you start out your multiplayer adventures. Your Clan will give you a handful of survivors who need you to gather supplies in the multiplayer gamemodes. The better you do in multiplayer, the better your Clan does in the long run. There’s a sort-of imposed time limit of 12 in-game weeks, and each match you participate in counts as a single day. You need to keep your Clan alive and well during those 12 weeks.

With survival being the number one objective, that means that this multiplayer mode won’t be all about shooting the other guys in the face. Each match will consist of eight players (four players per team), and the two gamemodes are aptly named Supply Raid and Survivors.

In Supply Raid, players from each clan will be scavenging the map for supplies and each person has twenty lives. You’ve got to scavenge and craft as much as you can, all whilst staying alive if possible.

Survivors on the other hand is a bit more brutal. A match of Survivors is made up of seven rounds rather than just one long round, and in each round you have just one life. You’re still grabbing supplies for survival, but the tension is a lot higher as every single firefight will drain your precious ammunition and every single death is just time wasted. 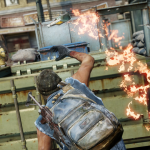 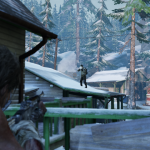 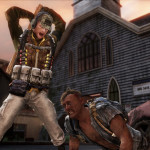 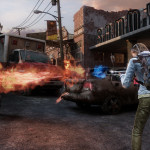 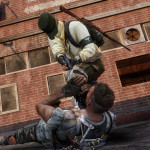