GotGame Truth Machine: Why Gamers are hating on the Xbox One

I can’t remember ever feeling this way about a console reveal. I was underwhelmed by the PlayStation 4, flustered by the Wii U, and bemused by the PS3. When the Xbox one was revealed… I was angry.

I didn’t feel excited about the Xbox One, I didn’t even feel like reveling in Microsoft’s failure, and I didn’t feel like joining the waves of criticism. I was angry. I couldn’t quite explain why. The Xbox One is a box. An ugly little plastic box. How can I be angry at a plastic box? It took a while to figure it out, but it’s because Microsoft showed their vision of the future, and we’re not a part of it.

Games are different. When you start a game, you don’t necessarily have the skills you need to complete it. For some games, you’ll have to work hard and acquire those skills. Some games might just be too challenging to some people. You can fail at a game. You can lose. It’s a challenge. That is why we’re gamers. That’s why we love games.

Gaming is a skill. There is a barrier of entry that is not present in other mediums. You can’t sell Bayonetta to somebody who has never payed a game before (unless they’re into chicks with ridiculously long legs and leather pants). You can’t sell Dark Souls to someone with limited experience. The fact that games are a skill limits it to a niche market. The easier a game is, the more appealing it will be to a wider market.

That is why gamers are afraid. We’re afraid that developers are eventually going to leave us. Why make a hardcore action game that has a potential audience of 10-15million at most when you could make a simpler game that could reach 100s of millions? That’s why gamers raged against the Wii. Nintendo was trying to simplify games and push them into the mass market. Once developers realize that they’re fishing in a small pond when there is a big ocean a mile away, what is going to happen to hardcore gaming?

The Wii and the One 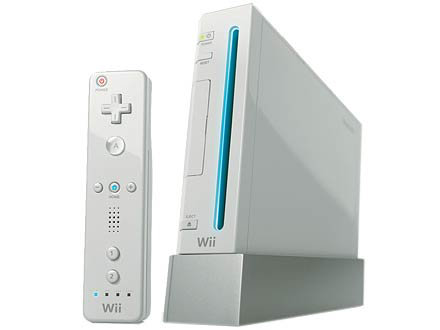 With the One, Microsoft doesn’t necessarily need you to buy games. They’ll make money off the ads they put on your console, they’ll probably have deals with streaming service providers, and most of all, they’ll make money when you buy content from the Microsoft store. Microsoft puts their apps front and center with Windows 8, and you can expect the Xbox One to make a strong plea for your money at all times. That’s not to mention the subscription you’ll pay for Xbox Live.

When you watch Microsoft’s press conference, you get the feeling they’ve left gamers behind, or at least the gamers that want more than soldiers, cars, and sports. The Xbox One is clearly not a console made for gamers. And when there are only three real consoles out there… and one of them is not being marketed at gamers… shit man. We’ve got two places left to turn. For some people, those who the Wii U does not appeal to, they’ve got one place left to turn.

Hopefully, I’m wrong. Hopefully, Microsoft will come out of the gate with an incredibly line up of exclusive titles. Hopefully E3 will show us something special. I’m not hopeful though. You don’t reveal a product by “getting the boring stuff out of the way”. You debut a product by showing what it does best.

As for me, this is my first and hopefully last article about the Xbox One, unless their E3 conference makes me eat crow. I’m going to focus on the things in the gaming world I like. I’m going to give my Wii U a big hug and wait patiently for Xenoblade 2 and Bayonetta 2. I’m going to look at Sony’s PS4 conference with a whole new positive perspective. I’m going to support gaming with my keyboard and my wallet, and I’m going to hope that I’m simply overreacting.