The proof is in the pudding: the eighth-gen has a lot to offer, if these screenshots from the upcoming PS4 launch title inFAMOUS: Second Son are any indication.

The story revolves around new central protagonist Delsin Rowe, a twenty-something in Seattle, who learns that he has powers similar to Cole MacGrath in the earlier inFAMOUS games. Seven years have passed since those incidents, and the government in their infinite wisdom (eyeroll) has created the D.U.P. – Department of Unified Protection – which ostensibly exists to protect the US from “bio-terrorists.” Their true purpose, however, may be more sinister. After Rowe rescues victims from a fiery bus crash, he discovers he has gained the ability to control and manipulate smoke. Will he use it for good or for evil? And what will the D.U.P. do if they catch him?

Visually, these screenshots are stunning. I can only see one flaw in them: Delsin Rowe is set to be gaming’s first protagonist to wear skinny jeans, and I’m not sure that’s something to be endorsing. 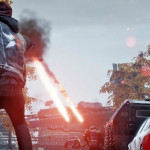 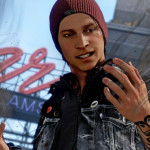 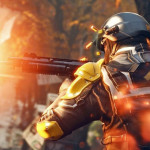 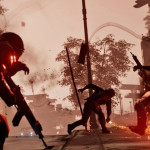 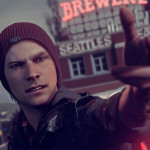 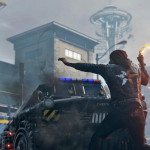