Blizzard today announced that they have opened up the pre-ordering process for Diablo III for the PlayStation 3.

The game, which goes on sale later this year, will be available at various retailers nationwide.

For those who pre-order the game, Blizzard will throw in an exclusive in-game item: the Infernal Helm, which “grants an experience point boost to any character who wears it, accelerating their progression as they rise in power.” The PS3 version of Diablo III will be available fully localized in English, German, French, Spanish, Russian, Italian, Polish, and Brazilian Portuguese.

The PS3 version of the game adds updates to the game’s boss battles, while adding a new user interface that works with the controller, including a new dynamic camera perspective. The game will support four-player local co-op or online, as well as in single-player mode.

Here’s three in-game screenshots of the game on the PS3. 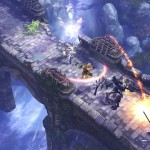 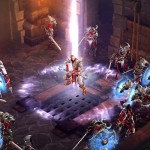 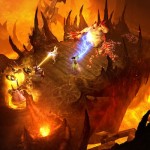