Two downloadable content packs hit online consoles Tuesday, and they’ll have you covered from A (assassins) to Z (zombies).

Dishonored was arguably one of the best games of 2012, winning action awards from both IGN and the Spike VGAs, as well as the Audience Choice award from the D.I.C.E. Interactive Achievement Awards. Players got hooked into the story of Corvo Attano, the bodyguard to the Empress who was framed for her murder in the city of Dunwall. But what happened to the man who actually did it?

Players can follow the bloody hands of the assassin Daud, the leader of “The Whalers,” in Dishonored: The Knife of Dunwall, the second expansion pack for the Arkane Studios hit. Players take on the role of the assassin, on a quest for redemption after killing the Empress for which Corvo was framed. The same Outsider who revealed himself to Corvo appears to Daud, offering atonement by finding the person… or thing… called “Delilah.” Equipped with new weapons, powers, and your loyal Whalers (whose theme from Dishonored you hear now), players can guide the assassin through all-new areas within Dunwall in search for Daud’s last chance at inner peace. 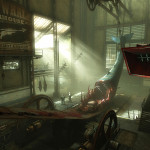 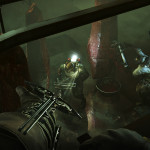 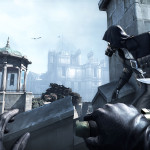 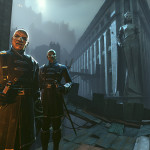 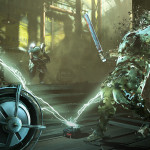 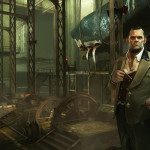 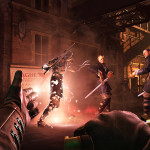 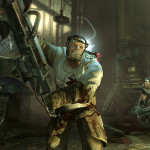 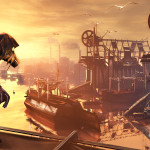 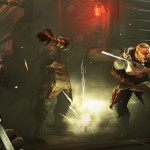 From seeking inner peace to fleeing from the damned, “Mob of the Dead” continues the tradition of Zombie plots found in the Call of Duty series, and it’s just one part of the Call of Duty: Black Ops II Uprising pack which exclusively landed on XBox LIVE today. A gang of four Prohibition-era mobsters – Billy Handsome, Al “The Weasel” Arlington, Sal DeLuca, and Michael “Finn” O’Leary – are doing hard time in the infamous island prison of Alcatraz. It’s been claimed that no man had ever escaped Alcatraz alive, but for these four gangsters, it’s not the living their most worried about, as zombified prisoners and guards have infested the impenetrable prison. Now, in order to survive, these four criminals have to do the one thing no criminal has ever been able to do – get out of Alcatraz.

Uprising also offers four new multiplayer maps: “Magma,” set in a Japanese lava under siege from an erupting volcano, “Encore,” set in the remnants of a London music festival, “Vertigo,” taking place in the dizzying heights of an Indian skyscraper, and “Studio,” a contemporary re-imagining of fan-favorite “Firing Range” set in the midst of a Hollywood movie backlot. 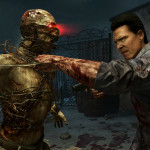 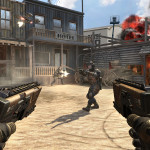 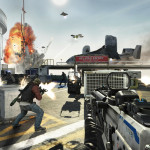 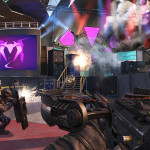 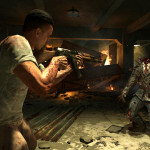 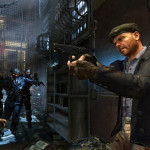 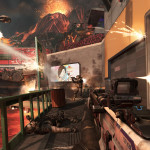 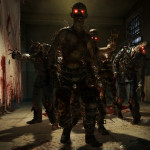 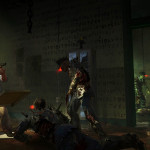 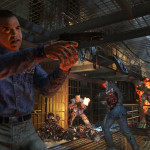