Namco Bandai today announced Armored Core: Verdict Day, which is coming to the PlayStation 3 and Xbox 360 sometime this summer.

In this new titles, gamers will command a squad of Armored Core within a dystopian world that’s been ravaged by war, with natural resources being scarce.

The game is being developed by FromSoftware and will allow for squads of up to 20 members in multiplayer mode. Operator Mode returns AC: Verdict Day with new upgrades, allowing players to tactically command a full squad of Armored Core mechs from a tactical top-down point-of-view. Operators will be able to set rally points, mark targets and receive real-time in-cockpit views from other players and computer-controlled squad mates to achieve real-time strategic command of the battlefield.

For those who played Armored Core V, saved data can be brought over in order to experience the new game with players’ customized Armored Core.  Those mechs can then be outfitted with new parts from Verdict Day.

Here’s a couple of additional screens from the game. 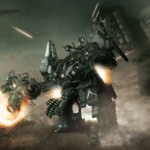 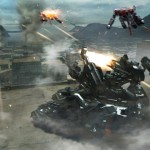 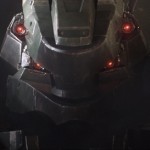 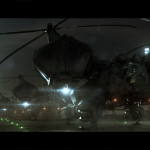 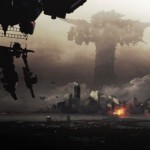