Once upon a time, buying a new console not only meant picking up a new, interesting game system with lots of potential, it also meant bundle games designed to not only showcase the system’s technological prowess, but also be an instant hit on the market. The original Nintendo Entertainment System came with either Gyromite or Duck Hunt upon launch, depending on how many goodies you picked up with the console (I still love you, R.O.B.). Game Boy introduced most gamers to Tetris, the Super Nintendo dazzled us with the humongous (at the time) world of Super Mario World, and the Sega Genesis packaged in Altered Beast, which, while a good game, would eventually be replaced by another instant classic, Sonic the Hedgehog.

Compare those to the launch bundle titles of the PlayStation 3 and XBox 360 which were… well… nothing. Neither system, while surrounded by several launch titles, featured an in-bundle game.

But for Nintendo, the company that’s seen the most success from the launch bundle game, the tradition continues – in a sense – with Nintendo Land, bundled in with the Deluxe black version of the Wii U bundle. Nintendo Land is also available as a stand-alone title. Nintendo Land‘s concept is pretty simple – Nintendo Land is a virtual amusement park, filled with twelve attractions based on some of Nintendo’s classic characters and gaming franchises in its storied history. Initially led by your virtual tour guide, Monita, your Mii plays the games and challenges in these attractions, during which you earn coins. Inside the Coin Game, hosted in the main tower, you play a Plinko-style game to earn prizes around your theme park. This concept, by the way, would be an awesome idea for a real-life theme park, if any ultra-rich theme park developers are reading this review by any chance.

The attractions come in three varieties: solo play, intended for one player, cooperative play, for one to five players, with one utilizing the Wii U Gamepad and the others utilizing Wii Remotes, and competitive play, for two to five players. Once the Nintendo Land train is unlocked, a park tour can be launched, stringing together multiple games for a decathlon-type experience.

The six solo games are designed to showcase some of the Wii U Gamepad’s capabilities, such as the gyroscopic controls in “Donkey Kong’s Crash Course” or “Captain Falcon’s Twister Race,” or the dual-screen experience in “Yoshi’s Fruit Cart.” The touch screen takes center stage (literally) in “Takamaru’s Ninja Castle,” where it’s used to launch ninja stars, and “Balloon Trip Breeze,” where the stylus creates the wind needed to travel from island to island. With the other six attractions, much is made of the overarching idea (and one of Nintendo’s new favorite buzzwords) of “asymmetric gameplay,” the idea that whether you take up the Gamepad or Wii Remotes, you’ll get a unique or different experience. In “The Legend of Zelda: Battle Quest,” those who choose the Gamepad attack with bow and arrow, while those with the Wii Remotes wield swords to cooperatively find their way through a “simulated” Hyrule. Those who find themselves inside “Luigi’s Ghost Mansion” will use Wii Remotes to find and trap a rogue ghost, controlled by (and seen only by) the player using the Wii U Gamepad. As a bundle game, Nintendo Land serves its purpose. Each game utilizes a new and interesting feature of the Wii U Gamepad. “Donkey Kong’s Crash Course” is an absolute hoot, challenging players to get through the Donkey Kong-inspired obstacle course on your rickety little ride as fast as possible, but going too fast will throw players directly into the side wall, over tracks, or other multiple ways to fall apart. “Yoshi’s Fruit Cart” was probably my favorite. Grabbing all the fruit without falling into pits using only a Gamepad with no land markers on a set path required thought, a steady hand, and a little luck. And I’ll be the first to admit, the game I mocked mercilessly became one of my favorites: “Octopus Dance,” based on the old, old, old Game & Watch game Octopus, is a “Simon”-type game where players mimic their underwater dance instructor, using the control sticks and gyroscopic capability of the Wii U Gamepad. The more matches made, the faster it goes and the more challenging the combinations get. To add to the challenge are the additions of rhythmic seaweed, other Miis joining in the dance party, and an underwater submarine featuring images broadcast from none other than the front-facing camera in the Wii U Gamepad. And with a face as attractive as mine, you can understand how distracting that might be.

However, the big, catastrophic downfall is that some games are unavailable with one player, and others aren’t that much fun. I get it. Wii U wants to be the console to bring back socializing in games. Nintendo’s other new favorite buzzword is “couch co-op,” defined as two-or-more-player play from players in the same room, as opposed to online co-op play. I’m with ya, Nintendo. Playing with others is fun and we should do it more often. But sometimes it’s just not possible. That’s why online play was invented. I get the point, Nintendo, but don’t penalize those who don’t – or can’t – round up a few buds for some video gaming. “Luigi’s Ghost Mansion” is a ton of fun… so is “Mario Chase” and “Animal Crossing: Sweet Day.” I would have liked to play it before moving heaven and earth to coordinate schedules with another Vegas hospitality worker, which is nearly impossible at times.

The other thing about Nintendo Land is the same pro/con that other mini-game collections have: once you figure out your favorites or least favorites, you go straight for that and avoid the rest. After having played for over a week or so, I know when I turn it on, I go straight for “Yoshi’s Fruit Cart” or “Donkey Kong’s Crash Course,” and I almost never head for “Metroid Blast.” So repeated play sometimes turns into monotony, and though it’s not completely the game’s fault, it’s something that could be addressed.

Nintendo, we commend you for continuing the fantastic tradition of the in-bundle title at launch… but for the next console, we hope it’s something a bit more than an enjoyable tech demo. 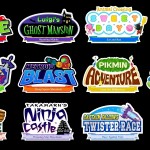 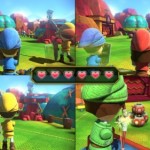 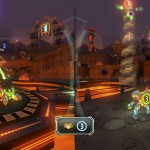 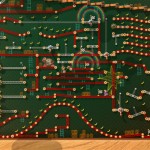 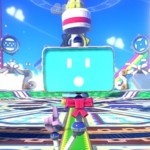 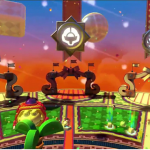 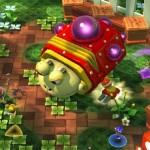 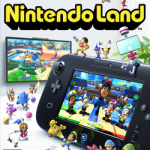 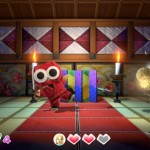 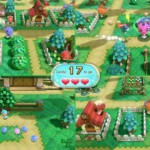 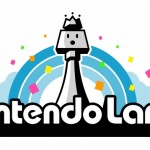 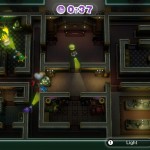 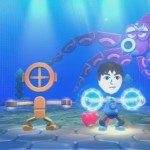 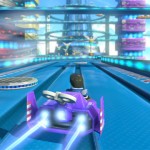 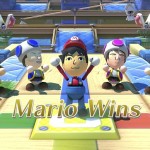 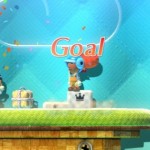 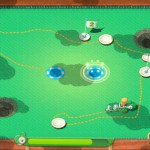