I turned 30 last December, and all this year, as many 30-year-olds do, I’ve asked myself deep questions. Questions like, is my current career where I want to be for the rest of my life? Am I the best person I could be? Will I ever find true love? If you think those questions are hard for an average 30-year-old human, imagine answering them when you’re a 30-year-old video game villain. You think the ghosts want to chase Pac-Man around a maze all day? You think Bowser kidnaps Princess Peach over and over again because he feels like it? Well, actually, they kind of do. Welcome to Bad-Anon, the opening setting in Disney’s latest animated feature, Wreck-It Ralph, out in theaters today. Bad-Anon is a support group for video game villains, where the support mantra is “I am bad, and that’s good.” But it’s not good for Wreck-It Ralph, the titular villain of the classic game “Fix-It Felix Jr.” The 9-foot, 600-pound-plus Ralph has been wrecking the city of Niceville’s finest apartment complex for thirty years, but the star has always been Fix-It Felix Jr., the player-controlled character who fixes the apartment, makes it to the roof avoiding Ralph’s attacks, gets a big ol’ hunk of pie and a bright, shiny medal, while Ralph gets picked up and thrown in the mud… game after game after game after game.

On the night of the 30th anniversary of “Fix-It Felix Jr.” Ralph finally accepts one of Clyde the Ghost’s invitations to Bad-Anon and expresses that maybe he wants to be a good guy for once. The villains fear Ralph may be “going Turbo” but he assures them he’s not. However, upon returning to “Fix-It Felix Jr.” Ralph discovers that Gene, the mayor of Niceville, is hosting a 30th Anniversary party for the game, with Felix as a guest of honor… and no invite for Ralph, who’s “just a bad guy.” After inviting himself to the party, Felix’s good-guy nature getting the best of him, and a socially-awkward moment between Ralph and Mayor Gene, Ralph sets off to be a hero, for once. But a mishap in the new high-def arcade shooter “Hero’s Duty” could threaten “Fix-It Felix Jr.” and all the rest of the games in Litwak’s arcade: if they go out-of-order, their games are unplugged, and if that happens, their games are over…permanently. For those coming at the movie from strictly a gamer sense, one may feel like there could have been more. The first half of the movie is rife with gaming references, such as the members of Bad-Anon, Street Fighter II rivals sharing a few beers at “Tapper”’s Bar, and Sonic the Hedgehog doing PSAs in Game Central Station. But once the storyline gets established, and the main cast has all been introduced, the movie only throws a few more references in until the end. Those looking for a movie about gaming or a gaming movie have the potential to be disappointed.

But Disney obviously was not going for a gaming movie, they were going for a movie set inside video games. Disney aimed to entertain everyone with Wreck-It Ralph, and they succeeded. With references to gaming of yesterday and today, they touched anyone who’s played video games, from the ’80s to today, casual or hardcore, but primarily they delivered a great movie, with characters you just can’t help to love, and of course, a great Disney moral: sometimes the best person you can be is yourself.

Disney’s 52nd animated feature, Wreck-It Ralph: A winner is you! Catch it in theaters, then, the next time you drop Bowser into a pool of lava, or whoop M. Bison into submission, make sure you thank them, for without villains, there are no heroes. Just because they’re bad guys, doesn’t mean they’re bad guys. 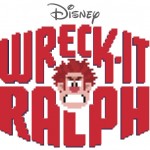 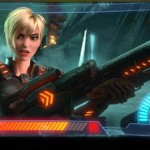 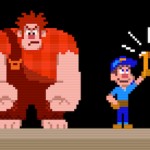 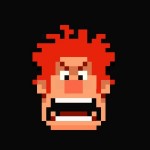 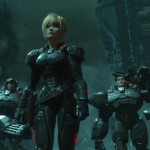 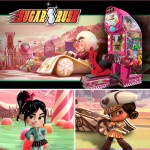 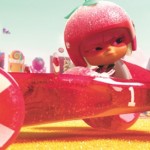 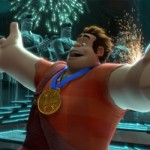 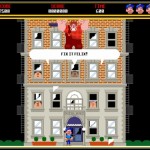 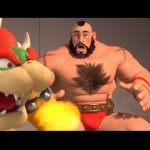 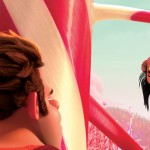 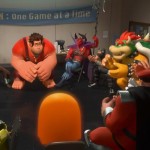 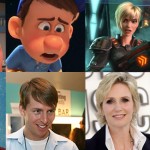