Turtle Beach announced at the Tokyo Game Show that they are developing the officially licensed headsets, the Ear Force NLa and Ear Force N11, for the Nintendo Wii U.

“We are very excited to be working with Turtle Beach to launch the N11 and NLa for the new Wii U,” said Steve Singer, Vice President of Licensing, Nintendo of America Inc. “We look forward to fans having a high quality audio experience with our newest console.”

The headsets will be available in black and white, to match up with the standard and deluxe versions of the Wii U.  The NLa model will come in stereo and have a lightweight design, that will work in conjunction with the GamePad controller.  It will feature an in-line volume control and noise-isolation ear cushions.  The headphones will connect directly to the GamePad, but can also be used on the Nintendo 3DS and DS.  It’ll be available starting in Q4 2012 for $34.95.

Then there’s the black Ear Force N11 headset, which adds extended bass and more dynamic range.  It will have a fully adjustable headband and mesh, ear cushions.  A 4-pole connector will plug in to any device such as the 3DS and DS.  It will also arrive in Q4 and be available for $49.95.

“The Wii U launch will prove to be one of biggest gaming console events of the year and we couldn’t be more excited to support Wii U with dedicated headsets,” said Bob Picunko, Chief Marketing Officer of Turtle Beach. “The advanced capabilities of the Wii U system offer us the chance to deliver gamers the kind of quality they fully expect from both Turtle Beach and Nintendo.” 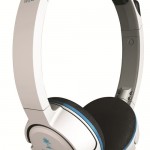 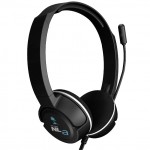 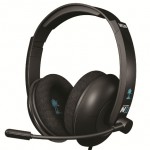