Epic Mickey 2 Also Headed to the Wii U As part of today’s Nintendo press conference concerning the Wii U, Disney has announced that Disney’s Epic Mickey 2: Power of Two is also coming to the Wii U.

“It’s exciting to bring Nintendo fans ‘Disney Epic Mickey 2: The Power of Two’ on Nintendo’s revolutionary new game system,” said Bill Roper, vice president and general manager of production, Disney Interactive. “The technological advances of the Wii U system have allowed us to enhance player direction and provide our fans with an immersive as well as unique gaming experience.”

With the Wii U’s Gamepad, players will see a real-time map of Wasteland with the ability to add waypoints and markers for quests and side-quests.  Having played the first game, believe me, this will be quite helpful!  The Gamepad will also let players access sketches and activate them for in-game use.

The game is being developed by Heavy Iron, and no release date has been confirmed.

Now enjoy these Wii U screenshots: 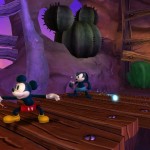 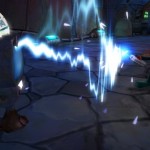 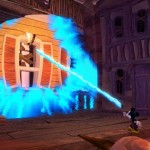 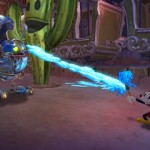 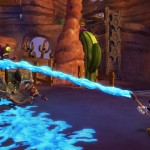