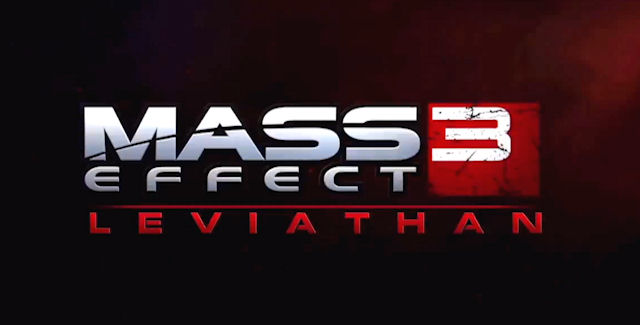 Leviathan. The very sound of that word screams “immense power”. So does the Leviathan DLC pack a powerful punch? Or is it a minor addition? Let’s find out.

The story starts off onboard the Normandy, or anywhere as long as it’s before the final battle against the Reapers. You recieve a message from Admiral Hackett asking you to see a Dr. Bryson located on the Citadel. There you find leads of something called “Leviathan” aka “Reaper-killer”. If you managed to get that kind of power (along with Kalros, one can dream) then that would make the war tip a little more in Shepard’s favor.

The DLC is a very story heavy add-on, which for someone like me, is a great thing. There’s twists and turns that will keep you engaged in the moment and wondering what Leviathan really is and what its intentions are. Although an issue for me is that a chunk of the plot, like the origin of the Catalyst, is already told via the extended ending. So the pay off in the end won’t be as great but it’s still pretty nice since you get to hear the story from another perspective. Also you do get a bit of new interesting info which can change a bit of Mass Effect’s history. Aside from additional war assets a bit of the story leaks into the ending, too , if you were wondering. Just some extra dialogue, but still pretty cool. What I loved most about the story is that your squadmates have something to say about Leviathan. Like in Lair of the Shadow Broker I thought they would take a back seat and keep quiet. I’m glad to say they are a part of the journey. Some of Liara’s comments (if you romanced her) can make you giggle. At least I did.

Now something called a Reaper-killer has to be located and dealt with so, of course, Reapers will be right behind you. The action can get quite intense. From trying to chase down a scientist with Reapers on your tail to battling Reapers through a collapsing facility. With some new equipment and some familiar gameplay elements from the online multiplayer you should have no problem in the thrills department. Speaking of thrills, meeting Leviathan and seeing it’s power was quite shocking for me.

Overall I give the Leviathan DLC a 4/5. It’s quite lengthy. I clocked in about 3 hours but that might be due to me looking at stuff; sometimes for no reason. The science experiment at Dr. Bryson’s lab comes to mind. Hehe, when you get there you’ll know what I’m talking about.