Deep Silver has today unveiled some new information regarding Dead Island Riptide: Drowning Hope; the next installment in the Dead Island franchise.

Set for a 2013 release, Dead Island Riptide will have our previous survivors on board a military ship; thinking they have escaped their nightmare, when a storm hits and they soon find themselves in a watery hell.

According to Deep Silver, the survivors will have to adapt to various visibility conditions, what with the city of Henderson and jungle areas on the island of Palanai being flooded.  There will also be a fifth character joining the team, who has their own unique skillset, which may come in handy against new zombie mutations.

The game will also feature new hub defense missions that will test out your co-op skills, as traps, turrets and fences will need to be erected to defend against an oncoming Zombie onslaught, while utilizing “new communication features”.

Being developed by Techland, the game will be released on the PS3, PC and Xbox 360. 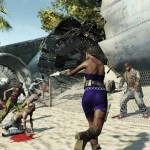 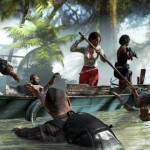 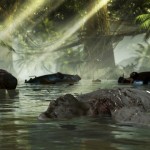 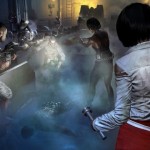 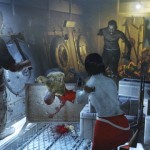