Rockstar has been pretty busy as of the last few days, giving gamers some new glimpses into the world of Grand Theft Auto V.

Today, the publisher distributed four new screenshots of the game, that they have simply titled, “Business”.

Now what this means exactly is up for debate, but we would imagine that these are either related to specific missions, as we’d be hard pressed to think they’re based on a business the main character owns…ya know; the business of destroying sh*t.  Only time will tell, but Rockstar plans to deliver more screens in the coming weeks, so stay tuned!

You’ll see above and in the screens below, that there appears to be a car chase going on that features a red Lamborghini, as well as a sniping job to take down someone inside of a helicopter, as well as flying a plane and possibly stealing a car from a shipping truck while avoiding police…sounds like fun don’t it? 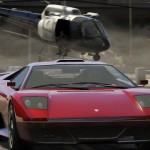 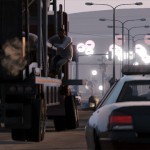 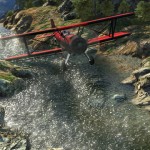 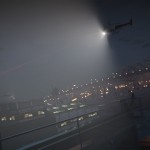