Preview | FIFA Soccer 13 Shaping Up Well for the Wii U With the Nintendo Wii U set to launch sometime this holiday season, EA has been prepping it’s Wii U version of FIFA ’13, which the company announced this past week would be a launch title for the new console.

At last week’s Summer Showcase, EA lifted the curtains off a trio of Wii U titles, one of them being the aforementioned soccer franchise.

Finally, fans will get a chance to enjoy a FIFA title in its full HD-glory, and although what we saw was still an early build, the game looked pretty smooth, and will run at full 1080p. As with its Xbox 360 and PS3 counterparts, FIFA Soccer 13 on the Wii U will include over 500 officially licensed clubs from around the world, while also allowing Nintendo fans to get their online fix. Yep, the game will have online functionality, with the ability to compete in ranked 10-game seasons, while competing for cups and in other tournaments. We were told that as you progress through the seasons, you can be promoted to higher-class divisions, where you’ll face stiffer competition.

I managed to get my hands on the game for about 15 minutes and from what I was allowed to play, the game is shaping up to be a good one. The key hook of FIFA 13 for the Wii U is of course the use and features of the Gamepad. When on defense, you can tap on the Gamepad’s touch-screen to select which defender you want to use, rather than tapping a button until finally landing on the player you want. This in essence, as simple as it may seem, resulted in much quicker decision making. You can also tap on the screen to either tackle or mark a player for a teammate to come after.

On the offensive, the Gamepad’s use becomes even more prominent. For instance, you can make precise passes with the touch-screen, be it short or long passes, which takes the guess work out of where you want the ball to go. One of my favorite features was taking free kicks, or penalty shots. By lifting up the controller to about face level; you quickly switch over to a first-person perspective, allowing you to aim your kicks beautifully. We were also informed that while on the surface, it may seem like taking free kicks may appear easier because of the feature, there will also be various intangibles to consider, including that particular player’s attributes. If you happen to be running down field with the ball, you can also activate the aiming mechanism by shaking the Gamepad briefly or by tapping a button to choose where you want to kick. Perhaps a somewhat overlooked feature, but just as important is the whole concept of game management. With the Gamepad in place, players will be able to make all sorts of decisions without ever leaving the playing field. You want to make substitutions, change your formations or look at statistics? You can do it from the Gamepad; keeping the action from breaking up. You can of course, also play the game as a manager and direct your team to victory, or even let a friend take the reigns as manager while you control the match itself. Speaking of friends, there will also be a Friends Tab present, where you can interact with friends, see who’s online and shoot over quick messages.

Playable with up to 5 players (one can manage, while a 2v2 game takes place), FIFA 13 looks like a pretty solid start for the franchise on the Wii U. With some development time still left to be had, soccer fans may finally have a truly fantastic experience on a Nintendo console for the first time in years.

By popular demand, here are a few extra screenshots: 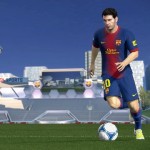 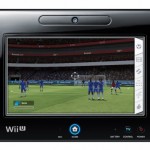 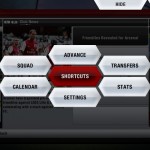 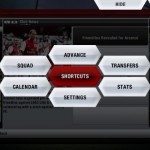 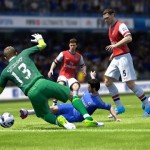 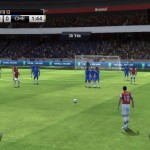 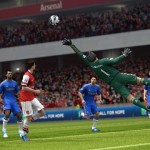 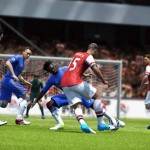 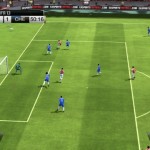 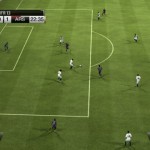