THQ today announced that Company of Heroes 2 will feature “weather condition simulating technology”, which the publisher promises has never before been seen in a strategy game.

The highly anticipated RTS will use Relic Entertainment’s new Essence Engine 3.0 and ColdTech system to simulate things such as the horrendous Soviet winter (seen above).   According to THQ, ColdTech can replicate the “extreme cold” mechanic, which was said to have hit the Soviet Union at -40F in 1941.  On maps where the cold is of that nature, infantry units will gradually freeze to death unless the players keep them warm by keeping them inside of buildings or making fires.

Using the Essence Engine, snow will also dynamically accumulate on buildings and become melted, while troop movement will be impacted by the snow’s depth.

Quinn Duffy, Game Director at Relic Entertainment commented, “Company of Heroes 2 is all about authenticity and no game based on the Eastern Front would be complete without extreme weather conditions. Thanks to the enhanced technology offered by the new Essence Engine we are able to accurately portray the bitter Soviet winter which crippled the German army.”

The game is expected to hit the PC in 2013.  Now check out some additional screenshots below. 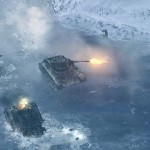 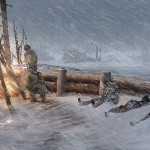 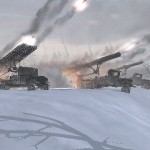 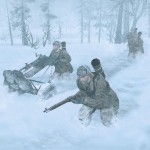 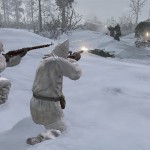