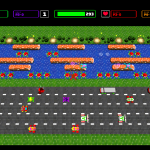 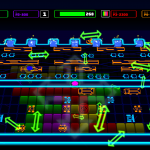 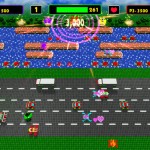 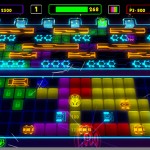 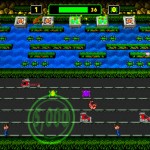 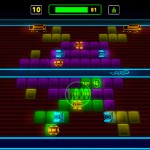 If you’re like me, or George Costanza from the classic television show Seinfeld, then you have more than a little enthusiasm for the iconic arcade game that is Frogger. Frogger: Hyper Arcade Edition rekindles the flame of era’s past with classic and new modes that extend the fun beyond the traditional conventions of the series: Tile Capture, Battle Royale, Freak Out, competitive multiplayer for up to four players or CPUs at once, and more. Supplementing these optional enhancements to the game’s core mechanics will be the ability of the player to customize their experience with skins (including some that alter the game to include 8-bit sprites from classic Konami franchises such as Castlevania and Contra).