Scarygirl Coming to XBL and PSN

Scarygirl, the critically acclaimed graphic novel from (X) now will now be brought to life in video game form.  SquareEnix will be bring this to life through the develooment team TikGames on January 18th both on Xbox Live and on the PlayStation Network January 24th. The Game will release on the PC in early 2012.

Taken from the graphic novel, Scarygirl is a young girl who happens to have a tentacle as an arm and an affinity for dressing like a pirate. Not to mention that she might have some parental issues since she was abandoned as a child. In the story, we will help her along the journey of trying to find out what has been happening in her dreams featuring a mysterious man who has been haunting her.

In this platforming action game, you will be in control of Scarygirl as she battles across the world to find out the meaning of her dreams. Many of the characters from the graphic novel will appear in this game such as Blister, the giant octopus and Bunniguru, the mystical kung-fu rabbit.

There will also be co-op gameplay available for your friends to help you along the journey in this quirky adventure. With the help of your friend either online or offline, you will be able to join forces to create special combo attacks to take down the baddies.

If you haven’t read the graphic novel yet, its a great time to catch up on it for when the game comes out later this month. 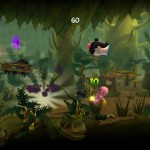 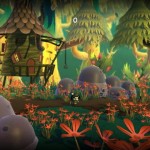 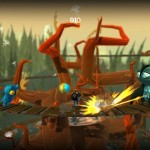 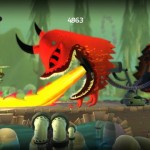 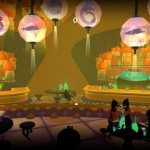