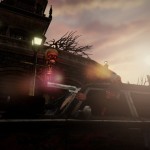 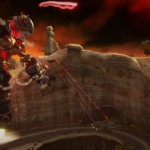 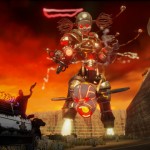 The good folks over at Eat Sleep Play have decided to give everyone a little treat instead of a trick for Halloween and delivered three fresh screen shots of Twisted Metal. The game won’t be out until February of 2012, so odds are low on seeing that pop into your trick or treat bag this year, but these screens should tide you over. Especially the two of the giant mountain of metal and “holy s***” that appears in two of the shots. That guy probably isn’t very nice. That’s just my guess.